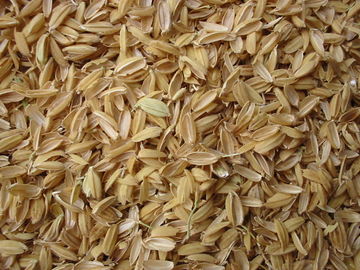 Figure 1. Rice chaffs, shown above, are an example of one type of biomass.[1]

Biomass is the general term for material whose origin is living, or recently dead organisms. The most common example of biomass as a fuel is wood, which is often burned in its direct form.[2] Biomass can also be converted into biofuel. This is often done with corn, which is converted into ethanol.

Biomass is composed of a variety of organic molecules that are carbon based, containing hydrogen, oxygen, nitrogen, and small numbers of other atoms.[2] The carbon in this biomass originated from the carbon dioxide in the atmosphere. Plant life absorbs this carbon dioxide, using energy from the Sun, and thus the carbon is contained in plant matter. If animals eat these plants, the plants are used by the animals and converted into animal biomass. If plant material isn't eaten, it is either broken down by micro-organisms or burned.[2] This is how the carbon is reintroduced into the carbon cycle.

There are a few different categories of biomass, including:[2]

An example of an energy crop is algae. Read more on the biofuel made from algae biomass here.

Biomass is an important alternative source of energy because, while burning it does release carbon, the carbon is all recent and so is part of the current carbon cycle. This makes biomass effectively carbon neutral, meaning it doesn't add any carbon to the atmosphere that wasn't already there. Burning fossil fuels releases stored carbon, which is millions of years old, adding it to the current carbon cycle, and increasing the total amount of atmospheric carbon.

There is a distinct difference in the types of biomass used in different areas around the world. More developed countries use biomass like virgin wood and energy crops for energy, especially for use as biofuels. Comparatively, developing countries use primarily agricultural residues (e.g. animal dung) and virgin wood (although more frequently in the form of charcoal). These types of biofuels are used by people who often lack access to non-solid fuel, and the use of these fuels often has significant health concerns.