Electricity is energy harnessed from the configuration or movement of electrons - the former being static electricity, and the latter being the electricity that comes from the electrical outlet or flows through overhead power-lines. It's important to note that when using electricity, the device does not "use up" the electrons (See law of conservation of charge). Rather, it uses up the energy temporarily "held" by the electrons. Because of this, electricity is considered as an energy currency: electricity transfers energy from a power plant (primary energy) to a house (end use energy). After all, that is more convenient than a coal-fired power plant in a neighbourhood (see: Not in my back yard syndrome).

Electricity is responsible for powering phones, electric lights, heaters, computers, televisions, pacemakers, and even some cars! Because of this, it's essential to our high energy society.

How is it generated?

For a more in depth look please visit the page: electricity generation.

Electricity is generated in a number of different ways. All of these methods require either a fuel or a primary energy flow. Primary fuels for generation include (to name a few) coal, natural gas, and uranium, while primary flows include tides, wind, and solar.

Where is it generated?

Power plants are rarely inside cities. This is due to many factors: land price, availability of a heat sink, size of the plant, fuel availability, and emissions. Most of these factors, like land price and water availability, are easy to identify and quantify. Despite this, one of the main limiting factors for building a power plant is negative public attitudes. As has been seen repeatedly, power plant administrators need to consider public opinion, not just physical location. People want their say, and because of this, power plants tend to be built outside of cities.

Oftentimes, this contributes to an inadequate understanding of the side effects of power generation; including carbon dioxide and other greenhouse gas emissions, particulate matter, and other environmental pollutants. By building these facilities on the outskirts of cities an 'out of sight, out of mind' mentality prevails. As an example, how many people know where the electricity for their house comes from and how it's produced? 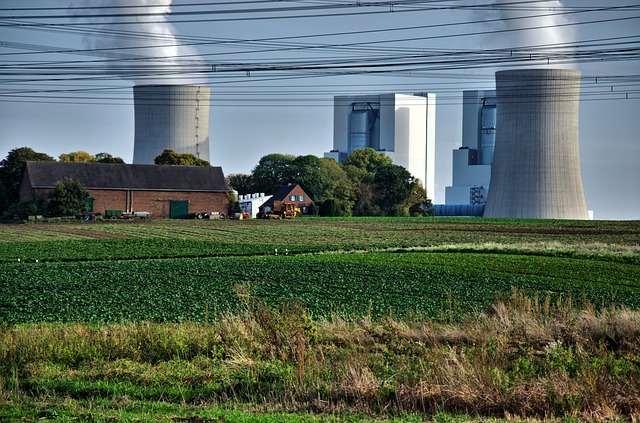 Figure 1: A power plant that is quite obviously not within a city, notice the extensive overhead power lines used to transport some of the electricity generated[1].

As previously mentioned, power plants are often found outside of our cities - easily be up to 1,000 kilometers away. This means that the electricity needs to be transported from the power plant, to the city or area, and from there, sent off to individual houses. In order for this to happen an expansive electrical grid is required, this grid uses a variety of mechanisms to transport and distribute electricity effectively.

Below is a graph depicting world electricity generation and how it has grown in recent decades. Notice how electricity use is growing faster than energy use, both of which are growing faster than the world population. The different drop down menus change which countries or regions are shown, along with the type of graph used and the variables considered. Take note of relative electricity generation. Europe has about 1 billion people, North America has about 500 million, and Asia has almost 4 billion.