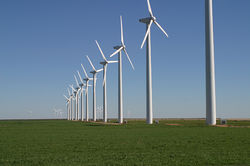 Wind power is the generation of electricity from wind. Wind power harvests the flow of energy in the atmosphere generated from the uneven heating of the Earth’s surface by the Sun. Therefore, wind power is an indirect way to harness solar energy. Wind power is converted to electrical energy by wind turbines.[2] 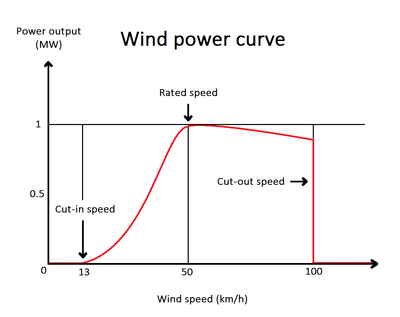