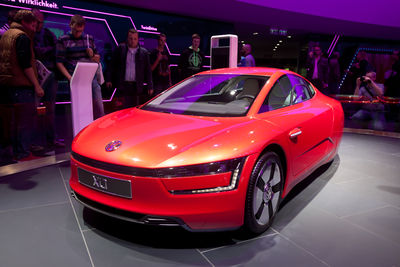 Figure 1. Cars are shaped optimally in order to minimize the drag force that they experience. Pictured above is the Volkswagen XL1, the most fuel efficient production vehicle. The XL1 gets this tittle with help from its extremely low drag coefficient, 0.189, lowest of any production vehicle.[1]

Drag is a force that opposes or resists motion, caused by collisions of moving objects with molecules in a fluid like air or water. It is similar to surface friction since both oppose motion, but drag occurs specifically in moving fluids. Drag increases if an object increases its speed, has a large cross-sectional area, or if the fluid it is moving through is more dense.[2]

Drag makes objects fall at different constant speeds, and causes energy loss in transportation. Gravity, with no drag, makes all objects fall the same way: with an acceleration of 9.8 m/s2 towards the Earth. Therefore all objects should fall at the same pace, regardless of mass, but clearly a feather falls differently than a brick. The drag acting on the object slows the falling objects.

Experimentally, wind tunnels like those in Figure 2 making drag easy to measure. 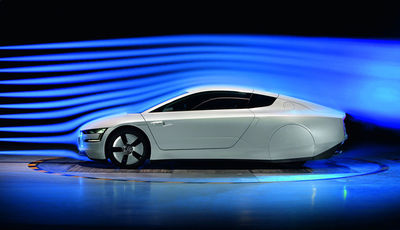 Figure 2. The Volkswagen XL1 in a wind tunnel where its streamlines can be seen clearly.[3]

The equation for the drag force depends on the three factors stated above, and can be written as:[2][4]

This equation is an approximation and only works for ordinary objects (with a size between a few millimeters and a few meters) and ordinary speeds (no more than a several meters per second), so it fails to describe the motion of very small objects like dust, or very fast objects like bullets.[2]

The flow of air through a wind turbine causes the turbine to spin, because of the collision of the particles and the turbine. It might seem strange that a stationary object can be affected by air drag, but air drag occurs when there is a relative motion between the air and the object, so it can be viewed as if the turbine is moving through the stationary wind. The wind slows down upon contact with the turbine and these collisions combined with the shape of the turbine blades allows it to spin, providing wind power.

The drag coefficient in the equation for drag is quite complex, and depends on various factors such as those listed above, and also includes air viscosity and how compressible a fluid is.[5] It is usually determined experimentally, by taking measurements of an object in a wind chamber. For more details on how air drag is calculated please see NASA's site. Figure 3 below shows the drag coefficient [math]C[/math] for various shapes. Note that [math]C[/math] has no units, and to calculate force one must multiply by the area in the figure as well.