Miles per gallon (MPG) is a fuel economy rating determined by how far a car can travel on a gallon of gasoline or diesel. Although the metric version would be kilometres per litre, MPG is adopted in many metric-system countries, like Canada. 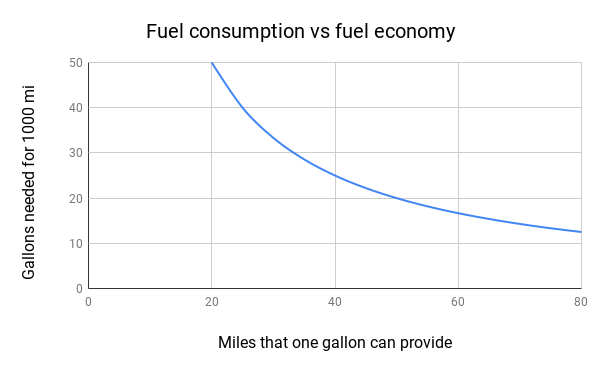 The graph above shows the "MPG Illusion." That fuel consumption does not decrease at a linear rate with MPG increase.[1]

Because of this "MPG Illusion," car makers in both the United States and Canada are beginning to list their cars' mileage in fuel consumption per distance. In Canada, this is done in liters per 100 kilometers (L/100km), and in the USA, this is done in gallons per 100 miles (gal/100mi).