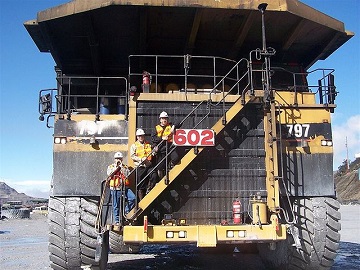 Figure 1. A Caterpillar 797 truck used in the extraction of oil sands for hauling the extracted sand.[1]

Surface mining is a technique used to obtain bitumen from oil sands where the oil sands deposits are located fairly close to the surface. If the reserves are shallow enough, earth moving equipment can dig out oil sand for processing. These deposits must be within 75 meters of the surface to be mined in this fashion. Resources recoverable by this type of extraction are estimated to be 65 billion barrels in Alberta.[2]

Currently, around 500 square kilometers of the oil sands deposit in Northern Alberta is undergoing surface mining, which is only 3% of total oil sands.[3]

To excavate the oil sand, large trucks use scoops (some with scoops as large as a two-car garage![2]) to collect the oil sand and move it to a cleaning facility. These trucks and scoops are enormous in size (this can be seen in Figures 1 and 2). This collection step is known as extraction. In total, two tonnes of oil sand must be obtained and processed with 2-4 barrels of water to produce a single [[barrels of oil equivalent|barrel of crude oil in its synthetic form.[3]

After extraction, the sand must be separated from the bitumen before the bitumen can be upgraded and refined. The first step in this separation is known as conditioning.[2] In this step, large pieces of oil sand are broken up and the oil sand is mixed with water. Hydrotransport pipelines stir the mixture and move it to the extraction facility. This begins to break bonds holding the bitumen, water, and sand together. 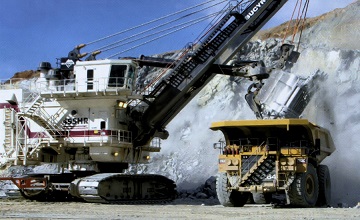 Figure 2. A Bucyrus rope shovel loading oil sands material into a Caterpillar truck. For an idea of the size of this shovel, the truck being loaded in this image is the same as the truck in Figure 1![4]

The next step is separation, where hot water and the water-oil sand mix is fed into a vessel where three components separate out. In this vessel, there is usually some kind of diluting chemical.[3] A bitumen froth floats on top, with sand sinking to the bottom and a combination of bitumen, sand, clay, and water in the middle. This takes approximately 20 minutes and separates the thick bitumen from the sand.[2] The non-bitumen component that remains is composed of sand, water, fine clays, and minerals. This leftover component is known as tailings and is then sent to tailings ponds to allow the sand to settle out. The sand-water mixture is pumped into tailings ponds.

The secondary separation then occurs, and air is injected into the middle component in a floatation tank. This promotes the creation of more bitumen froth in an attempt to obtain more bitumen. This froth is heated and air bubbles are removed to allow pumps to operate efficiently.[2]

The next step in the process is froth treatment where the bitumen froth has solids and water removed from it. The bitumen here is diluted with naphtha and sent to a series of settlers and centrifuges which allow particles to settle and be removed. Two types of centrifuges are used, the first being the scroll centrifuge which removes larger particles and the disc centrifuge which removes finer material.[2] This material is sent to tailings ponds. At this point the bitumen has a small water content and contains few solids and extraction is complete. At this point it can be upgraded and refined.

The environmental impacts of oil sands development have been an issue for a long period of time. Many of these potential impacts can be connected to the disruption of the surface as a result of surface mining and the processing of the bitumen extracted. Some of the concerns include:[5] 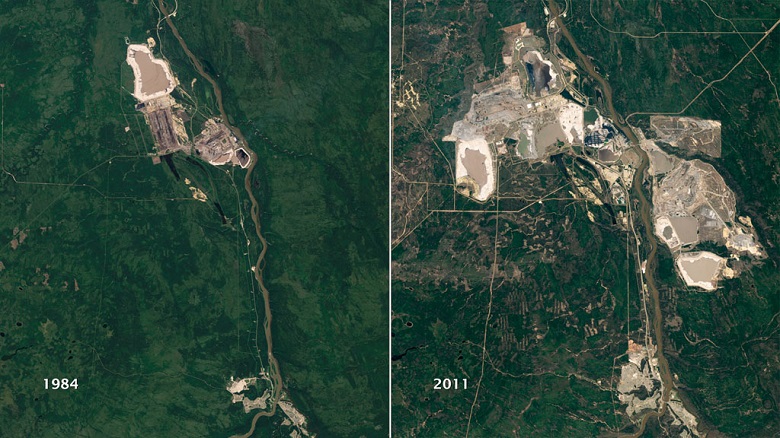 To watch this progression in video form, click here.

It can be beneficial to understand what exactly is in this picture. Below is a labelled, interactive map showing the mining pits, tailings ponds, some reclaimed area, and the Athabasca river. Take a note of the scale on the bottom right-hand side of the map (this will change when zooming in and out, but gives an idea of the size of mines and tailings ponds).