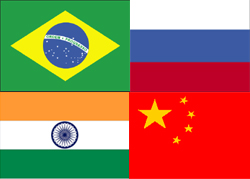 Figure 1. Flags of the BRIC economies.[1]

BRICs or BRIC countries refers to four countries - Brazil, Russia, India, and China - that are all seen to be at a similar stage of rapidly advancing economic development.[2] The term BRICs was first actively used in a report from Goldman Sachs in 2003, and this report predicted that by 2050 the BRIC economies would be stronger and the countries wealthier than most current economic powers in the West, Europe, and Asia.[3] In addition to being economically significant countries the BRIC countries make up roughly 3 billion people, or 40 percent of the world's population, and cover more than a quarter of the world's land area over three continents.[4] These countries began to emerge most notably in the 2000s as legitimate competitors to the current powerhouse economies. Along with the increased economic activity of these countries, smaller economies have also begun to grow in Africa and Central and Eastern Europe. These countries are known as the N11 countries.

Although the report pegged these four countries as being locations of extreme economic growth, it does indicate that the countries will experience growth in different parts of their economies. The thesis predicts that China and India will become large suppliers of manufactured goods and services whereas Brazil and Russia will grow as suppliers of raw materials.[5]

Below is a map showing the locations of the four BRIC countries, coloured in red. Notice that these countries take up a significant amount of area.

Although these countries are predicted to grow similarly in terms of their economy, it is important to note that it is not predicted that these countries will form any sort of political alliance like the European Union. Thus the political aspects of these countries can remain drastically different as BRIC is used as a more generic term to refer to these emerging economies.[5]

As well, growth for these economies is generally predicted to slow towards the end of the 50 year period, with only India continuing to see large growth rates. Most of the BRIC countries are also predicted to be poorer (in terms of income per capita) than current economic powerhouses, with Russia being the exception.[5]