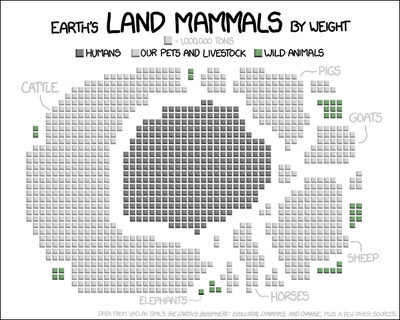 A gigatonne is 1,000,000,000 tonnes, and is often used when discussing human carbon dioxide emissions. This is roughly the mass of all land mammals (other than humans) in the world as per the XKCD comic strip to the right. It's also roughly twice the mass of all of the people in the world.