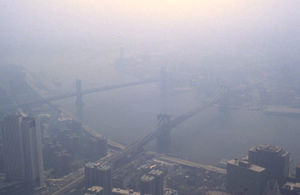 Figure 1. Smog over New York City.[1] This would be an example of a day with a poor air quality index.

Air quality index (AQI) is a metric developed to communicate levels of pollution over a given location. Arbitrary numbers are used to describe the risk that air pollution poses at any given moment (see Figure 1). AQI is determined by measuring the concentration of various pollutants such as particulate matter, ground-level ozone, carbon monoxide and sulphur dioxide.[2] In a sense they can be looked at similarly to a weather report, as they inform an individual about the conditions of their environment. However, different countries have their own indices which correspond to differing air quality standards. This means that a "moderate" level of air pollution in one place might be considered "low-risk" in another. For example, the AQI in Canada is measured from 1-10, whereas in the UK it is measured from 0-500. Therefore, an AQI of 10 in the UK would be "low risk", whereas in Canada it would be considered "very high risk".

Figure 1. The AQI indices in Canada to measure the risk of pollutants for the general population, and at-risk ones.[3]

For the AQI's of different countries, visit the links below:

Rain can often dramatically improve air quality as seen in figure 2 below.

Figure 2. The air in China after rainfall (left) vs on a smoggy day (right).[4] The air on the left has a considerably better air quality index than the air on the right.