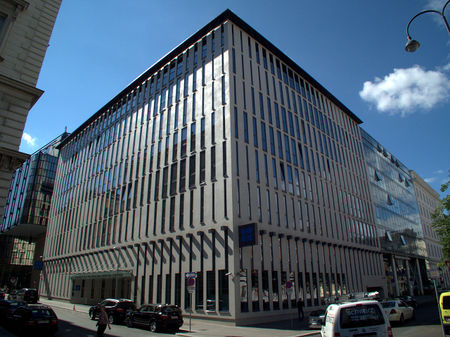 The Organization of Petroleum Exporting Countries is an example of an international cartel. The organization was created at a conference in Baghdad, Iraq on September 10th-14th, 1960. The founding members which include Iran, Iraq, Kuwait, Saudi Arabia and Venezuela agreed to create an organization that could bring some degree of stability to the world oil market. OPEC agreed to coordinate energy policies to ensure a fair price for their exported oil and a steady supply to the market.[2] The governments of the OPEC countries agreed to coordinate with petroleum firms (both state owned and private) in order to manipulate the worldwide oil supply and therefore the price of oil.

When firms agree to collude, that is they agree to a certain price and quantity for a good or service, they create a cartel. A cartel is a type of oligopoly.[3] As cartels are formed and operate in secret, it is up to the members of the cartel to keep their agreement in tact. The firms must trust each other not to drop their price to undercut the others or increase their output.[4] This is difficult to ensure as firms may have different production costs and therefore require more of the profit to meet their costs. Because of this, there is less control over the market than there would be under a monopoly structure.[5]

Although OPEC has the structure and intent of a cartel, it fails to function properly to achieve its objective of influencing global oil supply.

There are a series of problems that plague OPEC and make it inefficient as a cartel structure:

The first problem that OPEC suffers from is that they do not control the majority of oil supply in the world, that is they don't have the market power.[6] The share of the global oil supply that OPEC controls has fluctuated over time, while it has 81% (1213.4 billion barrels, 2015) of the world’s proven crude oil reserves it only produces about 40% of crude oil today (this number has fluctuated since its creation).[7][8] Without the control of the market, OPEC has to compete with non-OPEC nations such as Canada, U.S, Norway, Mexico, Brazil and others. This means that OPEC countries have to compete with other global players who are free to operate in the market as they please, whereas OPEC nations have to coordinate with each other.

Since its inception, OPEC has had problems dealing with the inherent problem of coordinating their policies. The nature of a cartel depends on the members agreeing and coordinating their policies to ensure and equal share of the market and to discourage competition.[9] Many of the OPEC countries inhabit an area that is prone to geopolitical strife and conflict. There is an extensive list of events that affected OPEC and its cooperation since its existence such as numerous wars, assassinations, ongoing political conflicts, terrorism etc.[10]

OPEC, like all cartels, has to overcome the urge to compete with other members within the cartel. Quotas are one method that OPEC uses to limit competition and output in order to raise prices. OPEC countries often, if not always, agree to these quotas then break them by ramping up production in an attempt to capture more of the market for themselves. This practice both disrupts the cohesion of the cartel and reduces the amount of trust between the member nations.[11] Essentially, member nations 'cheat' to make more money. Proof of this is the defections of Ecuador and Gabon which both suspended their membership in OPEC for periods of time (1992-2007 and 1995-2016 respectively) seeking a release form the terms of the cartel. Both sought to increase their production levels free from quotas.[12]

Each member of OPEC has its own political and economic conditions that are unique to it. The combination of all these problems make coordination difficult as the interests on one country may run contrary to another or the organization itself.

Cartels are normally considered to be a negative aspect of a market, they discourage competition, restrict supply and raise prices for consumers. In the Case of OPEC, non-OPEC producers do not necessarily oppose the cartel activities. Because OPEC attempts to keep the price of oil artificially high, the non-OPEC producers benefit as well as they can sell their oil at the same price. While there are different grades of crude oil, when crude hits the market it is essentially the same and they are all sold for more or less the same price. Some crude is more expensive to refine for market sale such as Canadian crude from the Alberta oil sands and some is cheaper however, the grade makes it to the market is undifferentiated from different crude of different origins.