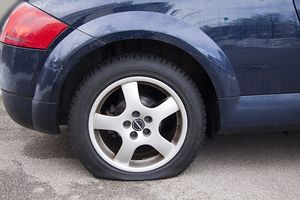 Figure 1. A slightly deflated tire can decrease fuel efficiency as there is more associated rolling resistance. It is important for cars to always have properly inflated tires.[1]

Rolling resistance refers to the force that resists the movement of some rolling object, such as a ball or a tire. Specifically, rolling resistance is a type of friction. When driving, tires are continually deformed when the section of the tire that touches the road is flattened by the weight of the car. This can be seen easily it one looks at a parked truck. The flattening deformation of the tires causes them to heat up. The more the tires deform, the more energy they take away from driving. This is one of the reasons that sports and racing cars use tires with relatively small and stiff sidewalls - to decrease tire deformation.

This is also why rail cars use steel wheels on steel tracks; the lack of deformation in either track or wheel means very little rolling resistance, even compared to that of the pneumatic tires of a car. In fact it's roughly 50x less![3]