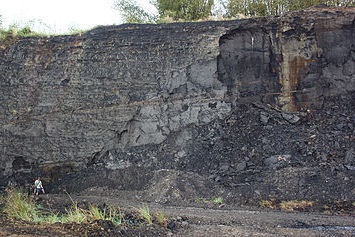 Figure 1. A bitumen (oil sands) deposit in Trinidad and Tobago.[1]

Tar sands is a term that was historically[2] used to refer to the oil sands. Now the term "tar sands" is used mostly in a derogatory fashion, particularly by those concerned about the environmental impact.[3] In the past, oil sands were substituted for tar, leading to the phrase "tar sands". Oil sands were ineffective in their use as a roofing and paving tar substitute though.[4] Over time this term was phased out as tar is vastly different from oil. Tar is a synthetically produced product created from coal, wood, petroleum, or peat through a distillation process. Oil is a naturally occurring petrochemical that can be upgraded into petroleum products.[4] The term "oil sands" more closely matches the actual content and use of products extracted from this deposit.

Technically, neither oil sands nor tar sands describe the hydrocarbon deposit, as the most accurate expression would be bituminous sands, but the sands are rarely referred to this way. The oil in the sands is a thick form of oil known as bitumen that makes up the fossil fuel component of the sand. The bitumen content in these deposits varies from 1-18%.[5] However, the term commonly used within the fossil fuel industry for these deposits has been oil sands, with widespread government and industry official acceptance of this term in the mid-1990s.[6][7]

The energy education team chooses to refer to these deposits by the industry name, but wishes to remain neutral as to their development. To learn more about the oil sands, click here.

Please visit the following pages for much more information on nuclear science and its role in the energy industry.