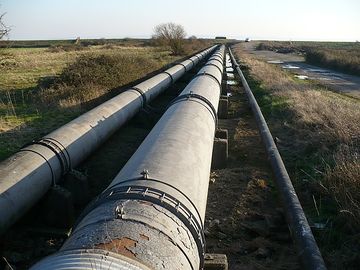 Figure 1. Pipelines are one of the ways that oil is transported after being refined.[1]

There are several different methods of transportation, all of which are becoming increasingly important. Advances in exploration and extraction techniques (like offshore drilling), means that oil is being located and recovered from increasingly remote locations across the globe. This coupled with an increasing demand for petroleum products has resulted in oil extraction and refining and being very far from where people are using gasoline, diesel and kerosene.[2] This separation of supply and demand makes transportation vital in the petroleum industry.

There are a number of different ways that oil can be transported worldwide in large quantities, and each type of transportation has its own benefits and drawbacks. Several different methods of oil transportation are highlighted below.

Oil tankers can very in size, although smaller vessels are generally used to transport refined petroleum products whereas much larger tankers are used to transport crude oil. These larger ships tend to be used more for crude oil as they reduce the cost per barrel of transport of the oil. Tanker sizes are expressed in terms of cargo tonnes - or how much cargo they can carry.[3] Larger crude oil tankers carry significantly more and are generally utilized in the international crude oil trade.

Pipelines are systems of large transportation pipes, generally below ground, that serve the purpose of transporting oil and natural gas within extensive distribution networks. These lines vary in diameter depending on their use, and are generally located underground. In Canada there is an estimated 825 000 kilometers of lines that serve to transport natural gas, liquefied natural gas products, crude oil, and other refined petroleum products.[2] For more information on the different types of pipelines and their use, click here. 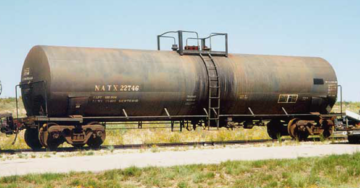 Figure 3. A tank car that is transported by rail.[5]

Oil can also be transported on long cargo trains equipped with special tanker cars, and rail transport is used most commonly in areas without pipelines. In contrast to oil tankers, which can hold a significant amount of crude oil in a small number of holding tanks, rail cars can only transport the required large quantities of oil in multiple cars.[6] After extraction, oil is loaded onto these railcars and moved across pre-existing tracks to the refinery. Although more cars are required to transport significant amounts of oil, rail is a fairly cost effective method of moving oil. Similar to pipelines and oil tankers, rail can also be used to transport refined petroleum products to distribution locations. 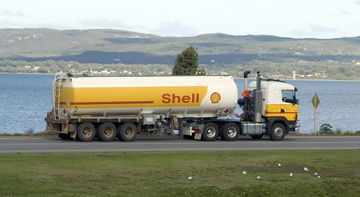 Tanker trucks are also a type of oil transportation method, however they are functionally the same as rail transportation in that several large trucks with equipped oil storage tanks are needed to move significant quantities of oil. Generally, trucks are used to carry small capacities of oil short distances and rarely carry crude oil. Instead, trucks are more commonly used to move refined petroleum such as gasoline to distribution locations such as gas stations. Instead of relying on established railways, however, trucks can operate more freely as they only require roadways to travel.[6]