Cross section of the Earth 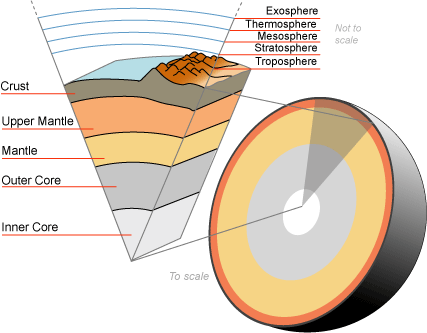 Figure 1: The Earth and its interior layers.[1]

The Cross section of the Earth is a visualization of the composition of the Earth in geological terms. The planet Earth is an immensely complicated and dynamic system, with many different physical and chemical properties. Most human experience of the Earth is limited to the surface however, with the deepest human endeavor made in 2012 to depths of 11 km in the Mariana's Trench.[2] In fact, the deepest humans have ever managed to drill into the Earth at 12.3 km isn't much deeper, at a drilling site known as the Kora Superdeep Borehole.[3] These are impressive distances and require incredible technology, but in the context of the whole Earth, these distances are extremely small. For a feel of how small these depths are, the radius of the Earth is about 6371 km, making the deepest hole humans have ever drilled a mere 0.2% of the way to the centre of the Earth. This distance is about a quarter way through the Earth's crust, which is the top layer in the cross section of the Earth. The crust is made up of igneous, metamorphic and sedimentary rocks, and the entirety of the crust only makes up around 1% of the Earth's volume.[4]

Deep into the centre of the Earth lies the Earth's core, consisting of a solid iron-nickel alloy at extremely high temperatures, about the same temperature as the surface of the Sun.[5] The Earth's inner core is solid due to the fact that the immense pressure at that depth increases iron and nickel's melting point to above these temperatures, resulting in solidified core. The temperatures of the core are very high due a number of factors. One reason is that the Earth, when formed, was incredibly hot and it takes a very long time for this heat to be lost by convection currents. In the 19th century it was predicted that the Earth should cool off in millions of years,[6] but the Earth's timescale is much longer than that.

The video below is a lecture from Prof. David Shultz, University of Manchester,[8] talking about what the cross section of the Earth looks like:

Here's another video with Prof. Shultz[8] talking about how scientists have figured out what's inside the Earth using seismic (earthquake) data:

For more information about the interior of the Earth, visit USGS.