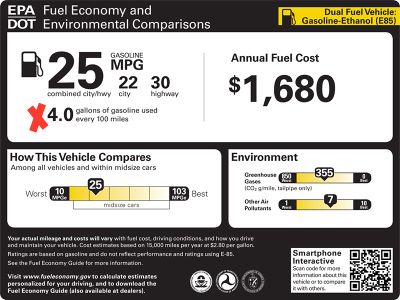 Figure 1. This is an example of a sticker that would be on a car to state the fuel economy. The red X is the fuel consumption.[1]

Fuel consumption and fuel economy are two phrases that are sometimes used interchangeably but have very different meanings. The core difference involves fuel consumption discussing how much fuel a car consumes to go a certain distance and fuel economy measures how much distance a car gets out of fuel. Therefore, they have an inverse relationship.[2] While the meanings are similar, there is a slight difference worth noting:[3]

Fuel consumption measures the amount of fuel a car consumes to go a specific distance. It is expressed in liters per hundred kilometers—or in countries that use the imperial system, miles per 100 gallons. For example, a Volkswagen Golf TDI Bluemotion has one of the best fuel consumption ratings, requiring just 3.17 litres to go 100 kilometers.[4] Therefore, the smaller the value, the better the rating is.

Fuel economy is measured in miles per gallon[2] (or in electric vehicles, miles per gallon gasoline equivalent (MPGe)), and refers to how far a car can go using a set amount of fuel. Since this is the inverse of fuel consumption, the larger the value, the better the rating. Sometimes, the term fuel efficiency is used. Its important to note that this is a colloquial term which is used in place of fuel economy. However, a true fuel efficiency should be expressed by a percent which measures how much of the fuel is used to power the movement of the car, vs the total amount of fuel that was injected.[5] 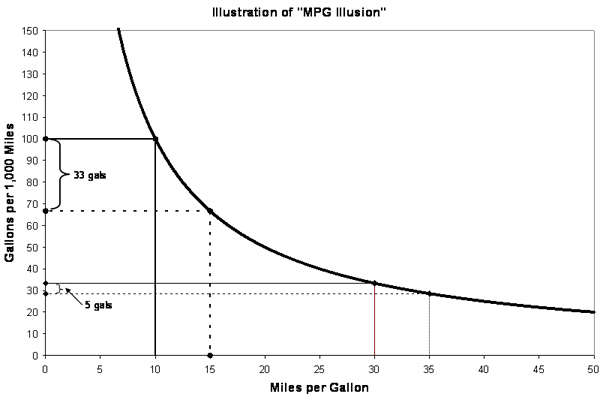