Latent heat is the heat required for an object to change phase (melt, boil, freeze, etc.). This energy is closely related to enthalpy.[1] In figure 1, very cold ice has heat added to it. The temperature goes up, so that's sensible heat, but once it starts melting, that heat is latent heat (and is represented by the flat parts of the line, during melting or evaporation). 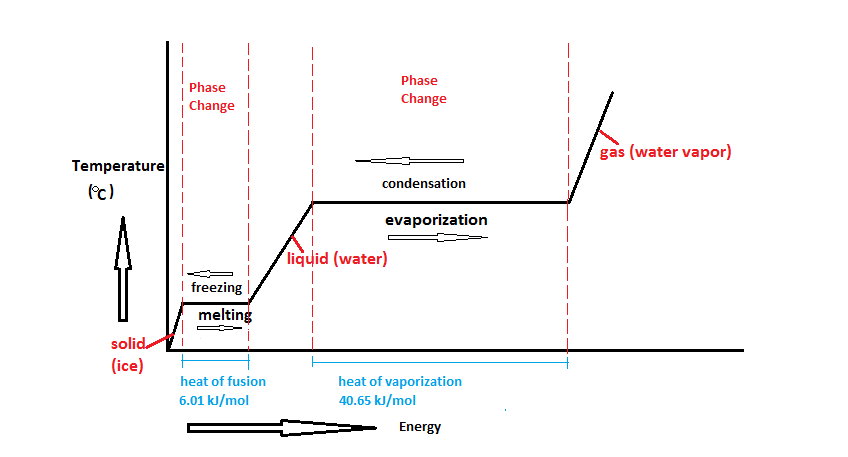 The latent heat of fusion is the heat required for an object to go from the solid state to the liquid state, or vice versa.[1] Since its value is generally much higher than specific heat, it allows you to keep a beverage cold for much longer by adding ice than simply having a cold liquid to begin with. It's also why frozen meat takes a long time to thaw, but once its thawed, it heats up quickly. The latent heat of fusion is also referred to as the enthalpy of fusion.

Ice and water have enormous latent heats associated with them which is why snow takes so long to melt and boiling water is used for cooking. This is also important in keeping our planet comfortable to live on, and provides a fair amount of resistance to climate change.