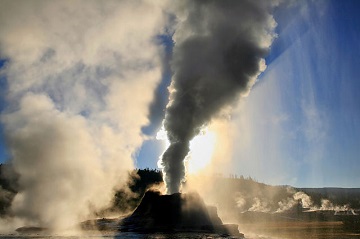 Figure 1. Steam erupting from a geyser in Yellowstone National Park.[1]

Steam is the gaseous phase of water which is formed when the necessary latent heat of vaporization is supplied to water at its boiling point. Steam is created in power plants at high pressures by the burning of a fuel within a boiler. This formation of steam is seen in coal-fired power plants, nuclear reactors, or even by sunlight in a solar thermal power plant. This steam is an important part in electrical generation since it can be used to spin a turbine (which is connected to a generator to create power). When high pressure steam passes through the turbines it expands and emerges at an increased speed but lower pressure. The kinetic energy from the steam is transferred to the turbine upon impact.[2] The use of steam in these power plants amounts to around 80% of the world's total electricity (see here for more detail).[3]

Steam played a huge part in the birth of thermodynamics, since the first heat engines were steam-driven. The efficiency of the first steam engines was very low (about 1%) but the understanding of them eventually advanced to allow us to harness almost all of the possible energy from them. Steam was used in reciprocating engines in order to provide useful work, in which a large piston would be used—although modern (and typically much smaller) ones use natural gas and oil far more commonly.

Besides the primary use of steam in the generation of electricity, it can also be used for space heating purposes. Cogeneration plants create steam in a boiler much like other power plants, but the leftover steam can be transferred to nearby buildings for heating instead of the usual condensing done in its Rankine cycle. New York has a few of these plants which contribute to its tremendous steam heating system.[4]