In other languages: Español 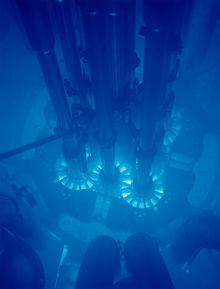 Figure 1. The core of a nuclear research reactor.[1]

A nuclear reactor is a system used to initiate and contain a nuclear chain reaction, and they have many useful applications. These nuclear reactions produce thermal energy through either nuclear fission (in practice) or nuclear fusion (in development). Nuclear reactors are primarily used for the generation of electricity, however they can be used for propulsion in vehicles such as submarines or naval vessels, for production of useful isotopes or neutrons, and for research and training.[2][3]

Nuclear reactors can be found all over the world. Used in nuclear power plants, fission reactors contribute about 11% of the world's total electricity.[4] Although there are many different designs for fission reactors, most consist of the same components for their operation. The difference between each type of fission reactor comes from the different approaches used to satisfy these requirements.

For this article, nuclear fission will be primarily discussed due to its current use around the world. If you would like to read about nuclear fusion, please visit its page here.

How do they work?

The basic operating principles of a nuclear reactor for the production of power are as follows: Nuclear chain reactions within the reactor produce heat, which is transferred to a coolant (most commonly light water), the coolant either boils to steam directly or heats another loop of water into steam, it then passes through a turbine which spins a generator, and produces electricity.[2] Although the basic principles appear simple, the process is fairly complex.

Nuclear reactors require the use of nuclear fuels, elements that can be readily altered and will release thermal energy. Uranium is the most common element used as a nuclear fuel, although thorium is also possible. The naturally occurring isotopes are found in countries such as Kazakhstan, Canada and Australia.[5]

The uranium fuel is manufactured into small fuel pellets and are packed into fuel rods and surrounded by cladding to avoid leaking into the coolant. These fuel rods are assembled into a fuel bundle, as seen below. There can be hundreds of fuel bundles in a nuclear reactor, meaning there can be tens of thousands of fuel rods.[3]

Not all nuclei of a given element are built exactly the same. An element is defined by the number of protons within the nucleus, and varying numbers of neutrons in the nucleus can cause it to behave differently. Natural uranium is mostly made up of uranium-238 (99.3%), with uranium-235 (0.7%) and very small amount of uranium-234 (0.0055%).[8] Most reactors require a higher percentage of uranium-235 in order to sustain nuclear fission reactions, which can be done through uranium enrichment processes.

Moderators are used to slow down the neutrons produced from fission. This is necessary because many nuclear fuels (uranium-235, for instance) require neutrons to be slow-moving in order to absorb them. Nuclei with low mass numbers are most effective at doing so, therefore materials like water or graphite are often used.[9]

Most reactors use light water as a moderator, such as pressurized water reactors and boiling water reactors. Carbon works similarly and is used in reactors such as the RBMK. A third type of moderator used in CANDU reactors is heavy water, which is water composed of heavy hydrogen, called deuterium, rather than normal hydrogen.

The coolant, as its name implies, is used to remove heat from the core and move it to somewhere that it is useful.[9] This keeps the fuel from overheating and melting down, at the same time as transferring the heat to water to make steam. Light water, heavy water, and various gases are the most common coolants for nuclear reactors. Coolants may also serve as the moderator, as is the case in many water-moderated reactors.

Control rods can be inserted into the reactor core to reduce the amount of fuel which undergoes fission reactions. The rods contain neutron absorbing atoms such as gadolinium or cadmium. By absorbing neutrons within the core, it prevents those neutrons from reacting with the fuel. Control rod movement can be used to adjust the number of reactions occurring at the core, or fully inserted to shut down the reactor completely.

Other safety systems require activation. An example of such a system is the release of large quantities of water to surround the reactor core. This provides cooling for the core to disperse the thermal energy and avoid a melt down.

The building of nuclear reactors is economically intensive. The initial capital costs are high compared to fossil fuel plants with similar output. Nuclear power requires a high amount of additional safety, and is completely responsible for all possible nuclear waste. What makes nuclear power economically feasible is the large amount of energy that comes from a small volume of fuel. This relationship is known as energy density, and provides a cost advantage to using nuclear fuels. The cost of fuel is relatively lower for a nuclear power plant compared to fossil fuels. This is what makes nuclear reactors competitive despite high initial capital costs.

Nuclear power consists of various types of nuclear reactors. These include: