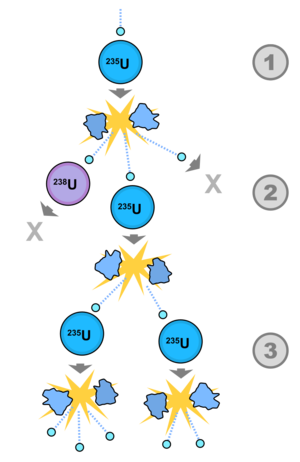 Figure 1. A neutron strikes a 235U nucleus and causes a fission event. This releases more neutrons. Unlike in the figure, on average one new fission event happens as a result of these released neutrons.

Figure 2. A nuclear fission chain reaction of uranium-235 atoms.[2] In a real nuclear reactor, most of the released neutrons are lost, rather than leading to another fission event.

The video below has a member of the Energy Education team explaining nuclear chain reactions: