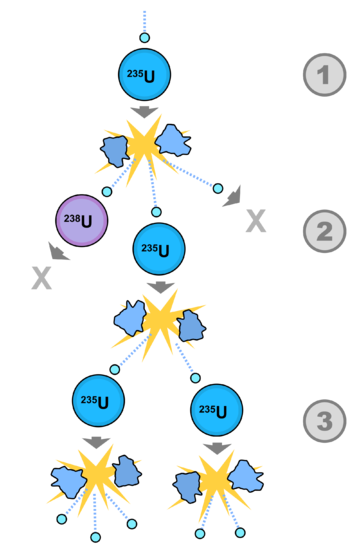 Figure 1. Uranium-235 is a fissile material as it is shown in this image to capture a slow neutron and undergo nuclear fission.[1]

Fissile material refers to a nuclide that is capable of capturing a slow or thermal neutron and undergoing fission. Although this is sometimes used as a synonym for fissionable material, it is more limited because "fissile" includes the limitation that the nuclide must be fissionable by thermal neutrons.

There are several types of fissile isotopes, and some of these isotopes can be created from fertile isotopes through a process of irradiation in special nuclear reactors. Examples of fissile material include uranium-235, uranium-233, and plutonium-239.[2] Uranium-235 is the only naturally occurring fissile isotope, and it makes up only 0.7 % of natural uranium.[3] Fissile material excludes natural uranium and depleted uranium that have not been irradiated, or have only been irradiated in thermal reactors.[4]

Fissile materials are used as fuel in nuclear reactors as they have the ability to be split by neutrons in a self-sustaining nuclear chain reaction. These reactions release large amounts of energy and this energy is used to generate electricity. Fissile materials can also be used to make nuclear weapons, where the fission energy is released all at once—instead of gradually as is the case in reactors—to create a large explosion.[5]