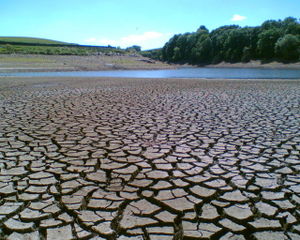 Figure 1. Dessication cracks in dry earth due to drought.[1]

A drought is a deficiency of precipitation over an extended period of time, relative to the region's typical precipitation levels. While a bit vaguely defined megadrought is usually a drought that lasts for longer than a decade.[2] Its impacts vary from region to region which makes it difficult to define exactly what determines a drought. This is because certain places are used to not receiving much precipitation, while some places might rely on lots of precipitation. Therefore droughts depend on the demand that people place on their water supply, and the impacts that come as a result of its absence (Figure 1).[3]

There are four basic measures of drought, all of which stem from a shortage of precipitation:[4]

Meteorological drought is typically concerned with the dryness of the drought, along with its duration. It is measured relative to the region's average rainfall. It is often only useful for analyzing locations with consistent year-round rainfall patterns.[4] 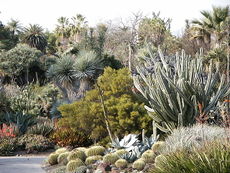 Agricultural drought is concerned with the impacts a drought could have on a region's agriculture. Although rainfall amount is important to keep track of, the variable of most concern is soil moisture levels.[6] The affected plants are also important in the classification of such a drought, because many plants can survive with less water depending on their stage of growth (Figure 2). It is often during a plant's early growth stages that water is the most crucial, so if the soil moisture is sufficient during this stage, the drought's impacts may be lessened. 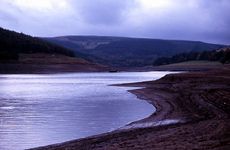 Hydrologic drought is most concerned with the effects that lessened rainfall has on water supply. Stream, river, lake, groundwater, and reservoir levels are important as deficiencies can impact the local or regional hydrologic cycle(Figure 3).[6] These droughts are usually out of phase with meteorological and agricultural droughts. They often occur at a later time than the other droughts, since water must find its way from the surface into these bodies of water. This may have negative effects on the economy and society because there may be food shortages due to drought at one time, and drinking water and electricity (if produced by hydroelectric facilities) shortages at another.[4]

This type associates the effects of the previous 3 mentioned droughts with the supply and demand of certain economic goods. All three droughts hinder various goods from being produced, and if these goods are in high demand there are numerous consequences. Such goods include fish, grains, hydroelectricity and the water itself.

Effects of global warming and climate change on drought are of great concern. Many scientists agree on future climate models where the global hydrologic cycle intensifies. It is expected that global precipitation could increase by 7% to 15%.[8]

For more information on climate change effects on drought visit the IPCC here.