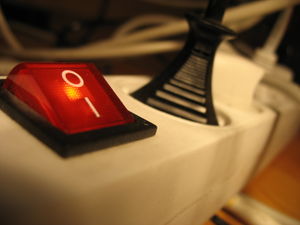 Figure 1: A power strip with its master switch.[1]

A power strip is a block of electrical outlets that provide AC power to appliances, computers, or any other electrical device.[2] They are often used when multiple devices must be connected to a source of electricity, and are used anywhere from casual home-entertainment to being depended on for vital hospital machines.

Power strips are useful for energy saving, since they are able to prevent standby power being used by the devices connected to it. They contain a master switch (Figure 1) which can be manually turned off when devices aren't in use, and some are advanced enough to detect when devices are in standby mode.[3] This reduces the energy used in a person's home, as measured by the home's electric meter, and in turn can save money on the electricity bill.

The power used by devices in standby mode can equate to nearly 10 percent of a home's total electricity use, although some newer household electronics are actually getting better about this. Worldwide, standby power is estimated to contribute to about 1 percent of total carbon dioxide emissions.[4]

Smart power strips are a smart alternative to normal power strips, as they can automatically cut the power to devices. There are many types that vary in how they accomplish this. The general idea is that once a device goes into standby mode, its power usage drops and is detected by the power strip, which correspondingly cuts power to only that device. There are typically 2 always-on outlets, which are used to plug in devices that rely on constant power.[4]