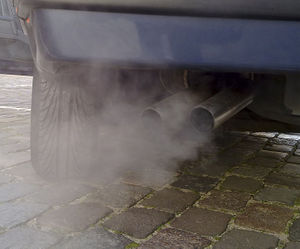 Figure 1. Exhaust gas is emitted from vehicles from the burning of gasoline.[1]

Emissions are substances that are emitted;[2] in an energy sense, these are most often waste products of a process aimed at obtaining useful work. The most common emissions from energy are associated with the generation of electricity and the transportation of people and goods. The specific chemical nature of the emissions depends on how those tasks were done.

Where do they come from?

Vehicles emit gases known as exhaust gas, which may contain various pollutants and greenhouse gases. Power plants burning fossil fuels, such as coal-fired power plants or natural gas power plants, also produce emissions similar to those of exhaust gases, however they are known as flue gases, and are emitted via the plant's smokestack. All of the aforementioned sources have one or more air pollution control devices that are used in order to limit the amount of pollution released, in order to reduce their environmental impact.

Even renewable energy sources have associated emissions because they require manufacturing, transportation, construction, and decommissioning. Electric vehicles also have associated emissions, not only due to their manufacturing, but because electricity must be generated first. Depending on how the electricity was generated, an electric vehicle will have varying emissions during its operation, known as the long tail-pipe problem. It is therefore important to consider the life cycle of all systems, since it is easy to overlook facts such as these.

There are vastly different contents in emissions, depending on where they came from and what pollution control devices were used. It is often useful to isolate what type of emissions are of interest, and to measure them independently. One such technique is the CO2 footprint, which measures the carbon dioxide emitted by an individual, a family, or even an entire industry.[3]

In the following video, a member of the Energy Education team explains how the source of various emissions can be determined by looking at different stable isotopes.

Emissions of many pollutants are closely monitored, some of which include: