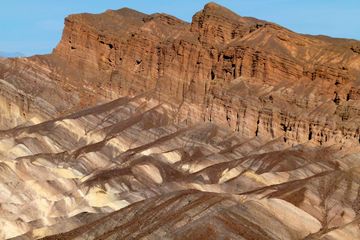 Sedimentary rock is very common. This type of rock covers around three quarters of the land area, mostly on the ocean floor. In some places, such as at the mouths of rivers, sedimentary rock can be as much as 12 000 meters thick.[3] Some examples of common types of sedimentary rock are sandstone, limestone, chalk, and clay.[4]

After thousands of years, sedimentary rock is formed once layers of compact rock mold together. Water trickles slowly through these layers, depositing mineral cement and fusing the layers of rock. These layers vary in composition and texture.[3]