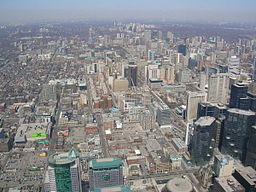 Figure 1. Urban sprawl in Toronto, ON Canada. View looking over the city north from the CN tower.[1]

The continuing growth of urban populations has both positive and negative side effects on people's lives and the environment. Urbanization can, at times, improve both the economy and education as people move to the cities in search of higher-income jobs and better schooling. A prime example of this would be in Beijing, where many young people from rural areas move in search of jobs. As well, urban centers such as this one often contain more high-ranked schools and universities, leading to a higher level of education among citizens, and access to health care and social services is often better in cities.[3]

However, there are numerous environmental side effects of urbanization that are detrimental. Urbanization will lead to a dramatic increase in metal use, specifically with metals such as steel for construction. The increased urban population will also increase the demand for energy, with more access to electricity and other amenities, especially due to rural-urban migration. This will have a large impact on energy demand worldwide. More specific issues will also arise, such as pollution, increased cost and difficulty of providing public transportation, and destruction of wildlife habitat.[4]