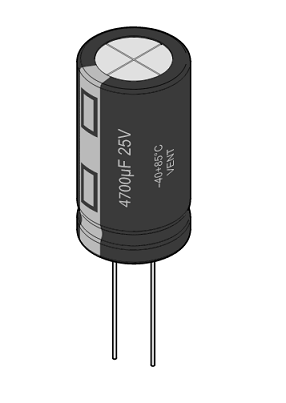 The farad is a unit of capacitance, named after physicist Michael Faraday, used to describe storage of charge in capacitors.[2] The unit for the farad is coulombs per volt (C/V). This describes a case of two oppositely charge plates, each with a coulomb of charge, and a potential difference of one volt between them.