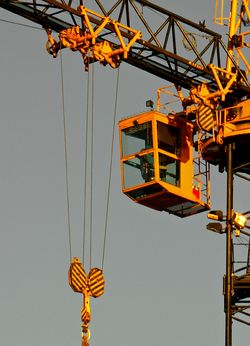 Figure 1: Example of a simple machine, the pulley, in practical use.[1]

A simple machine is a physical device that changes the magnitude or direction of a force. It should be noted that these machines do nothing to change the amount of energy used, just how hard it is to use that energy.

Machines in general are thought of as making human's lives easier, and simple machines are the foundation of any device of this nature. Such machines were defined in Renaissance days, and include levers, pulleys, inclined planes, wedges, the wheel and axle, gears and screws.[2]

This equation for mechanical advantage is given by rearranging the conservation of energy equation from above. The equation above is also for an ideal system (with no non-conservative forces acting on it), while realistically there will be some losses of energy.

Say for example, the mechanical advantage is equal to 2. This means that the object experienced twice the force that was applied, but the distance it traveled is half of what was applied to the system. Despite the advantage of not having to push as hard the work done stays the same (since work is force times distance and the amount that the force goes down is the same amount that the distance goes up). Even engines and work animals (like oxen, elephants or horses) still benefit from the mechanical advantages of simple machines.