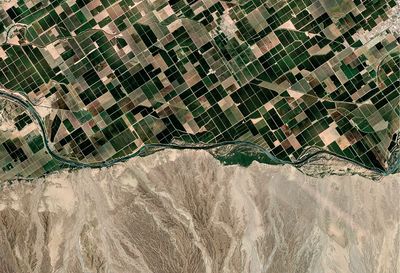 Figure 1: Image of a landscape carved by humans, as seen on the California-Arizona border.[1]

Anthropogenic means of, relating to, or resulting from the influence of human beings on nature.[2] Prior to the Industrial Revolution, humanity's influence on nature had been comparatively mild (although humans have been influencing the environment for tens of thousands of years, before humans started farming). However with the introduction of motive power, the use of oil and gasoline to achieve energy needs, and the reliance on electricity, anthropogenic impacts on the environment have increased exponentially. Energy is needed by society for energy services to meet our needs, and because of this, energy is at the forefront of human impacts. In the past 150 years, human activity has taken an accelerating toll on Earth's ecosystems. Of particular concern is the release of greenhouse gases which are destabilizing the Earth's climate, which had been quite stable for 10,000 years. This instability has led researchers to suggest that human activity has ushered in a new geological time period: the Anthropocene.[1]

Anthropogenic emissions of pollutants, such as greenhouse gases and aerosols, have significantly and rapidly altered the function of ecosystems.[3] Emissions of greenhouse gases are important especially when we talk about energy and anthropogenic climate change. All sources of energy have some impact on the environment. Fossil fuels have a particularly harmful impact on the environment because they have to be extracted from the ground. When we burn fossil fuels, carbon dioxide is emitted and released into the atmosphere. The exponential increase of greenhouse gases (largely the carbon dioxide from fossil fuels) in our atmosphere is driving climate change. Ocean acidification is also an important change due to human activity that is related to anthropogenic climate change.

Energy-related impacts can be mitigated, but it comes at a cost. For example, coal power plants have installed air pollution control devices. These devices have dramatically decreased environmental problems like acid rain (different from ocean acidification), but have little effect on climate change. These pollution control measures have required tremendous political will to create and enforce such protocols. Reducing the rate of greenhouse gas release is significantly more difficult than other pollutants like the ones that air pollution control devices prevent (like NOx, SOx and volatile organic compounds).

In addition to releasing pollutants, human activity has changed the natural landscape on Earth (see figure 1). This includes building cities, farming, and natural resource extraction such as deforestation and mining. There are many land-use impacts associated with energy, including renewable energy sources. Solar power, wind power, hydropower, and nuclear power all require materials to be built and land to be constructed on. All sources of energy will impact the environment at some point during their life cycle. This is why environmental impact assessments have been used to quantify the amount of harm a certain project will have on the natural environment. For more, visit the page on environmental impacts.

Human impacts on the atmosphere, soil, bodies of water, animals and plant life have generally been getting even worse, however there are many efforts aimed at reducing these effects. Many specific pollutants have been addressed and the emission of them have decreased greatly. See the page on detailed pollution data for more information.