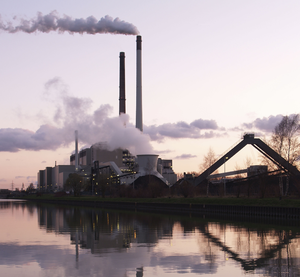 Figure 1: Power plants produce waste heat, which is dissipated into the atmosphere or a nearby body of water. The waste heat is given off by the cooling towers (white water vapour clouds) and is not to be confused with the exhaust gas (containing CO2 and other harmful chemicals) given off by the smoke stack. [1]

Waste heat is the unused heat given to the surrounding environment (in the form of thermal energy) by a heat engine in a thermodynamic process in which it converts heat to useful work. The second law of thermodynamics states that waste heat must be produced when converting a temperature difference into mechanical energy (which is often turned into electrical energy in power plants). Waste heat is inevitable for any heat engine and the amount it produces compared to the amount of input heat are factors that make up its thermal efficiency.[2]

Waste heat is often dissipated into the atmosphere, or large bodies of water like rivers, lakes and even the ocean. Since waste heat is a necessary product of heat engines, efficiencies of power plants are limited (see Carnot efficiency) and therefore must burn more fuels in order to achieve their desired energy output. This increases greenhouse gas emissions, and contributes more to global warming. 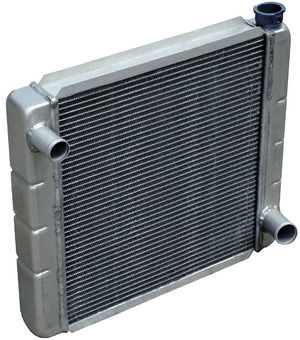 Figure 2: Waste heat from a car is expelled through the radiator. A car converts energy from its heat source into useful work, at an efficiency given by η.[3]

By knowing the input heat, and the work output by the system, the waste heat is simple to find. The thermal efficiency ([math]\eta[/math]) which describes the ratio of the useful work to input energy can be found in terms of this waste heat, by the equation:

Cars generate about 2x more waste heat than actual useful work (with [math]\eta\approx 25\%[/math])[4] which must be rid of in order for the engine to remain at a safe temperature to ensure it doesn't destroy itself. This isn't a failure of engineering, but rather a limit due to the Second law of thermodynamics (given by the Carnot efficiency). Most vehicles use liquid cooling systems, which send coolant through passages in the engine block and picks up heat from the engine. Once it is hot, it flows to the radiator (as shown in Figure 2) which is located at the front grill of the car. The hot coolant is cooled by the air stream flowing into the grill, and once sufficiently cooled it is returned to the engine to repeat the process.[5]

In almost all industrial processes, more than half of the input energy is turned into waste heat.[6] In efforts to reduce climate change, processes that use waste heat for other needs are becoming more relevant. Capturing waste heat enables it to be redirected to a function that would otherwise be using energy from the grid, and this in turn prevents consumption of power used to counteract the very effects of the waste heat itself (ie. the need for air conditioning).[6] There are many methods to utilize waste heat, such as: 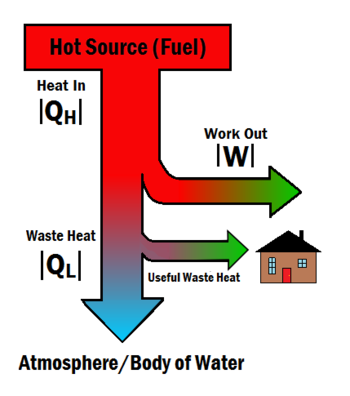 Figure 3: A cogeneration cycle makes use of the waste heat generated by a thermodynamic process in order to heat homes, cars, and other appliances.

Cogeneration, or Combined Heat and Power (CHP), is used in systems in order to use both heat and electricity for beneficial tasks. It is a very efficient use of fuel because it makes use of some, or even all, of the waste heat that is produced. Such systems can potentially reach an efficiency of up to 80%.[7] Since waste heat offers very little potential to do work, there are many practical limitations in terms of cost efficiency when trying to build these types of plants.[8]

There are many known ways to convert a temperature difference into electrical energy. One approach is by using a thermoelectric device, where a change in temperature across a semiconductor material creates a voltage that causes electricity to flow, sometimes referred to as the Peltier-Seebeck effect.[9] This device is still subject to the limits imposed by the second law of thermodynamics. In other words, this is a way to approach the Carnot engine limit, but not surpass it.

Waste heat can be used to heat greenhouses in colder climates, reducing energy needed to heat them.