(Redirected from Radioisotope power system)
In other languages: Español 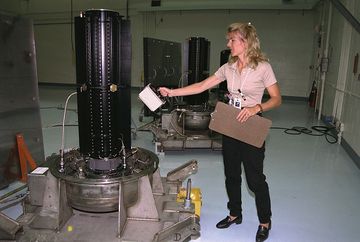 Figure 1. This is the RTG used on NASAs Cassini probe.[1]

RTGs can be broken down into three critical components; the radioactive isotope, the thermocouples, and the thermal insulation.

The radioactive isotope is at central to the RTGs design. This nuclear source provides the heat from which the rest of the design produces electricity. Most designs use Plutonium-238, Strontium-90, or Americium-241 for their power density, half-life, and radioactive shielding requirements. Because the half-lives of the isotopes are strategically chosen, RTGs provide power for decades. For example, Plutonium-238, the most common and famous isotope used on NASA RTGs has a half-life of approximately 90 years.[4] Each isotope has advantages and drawbacks, but usually one of these three isotopes will be deposited in pellets at the center of the RTG to which they can then decay and emit heat to the surrounding components. 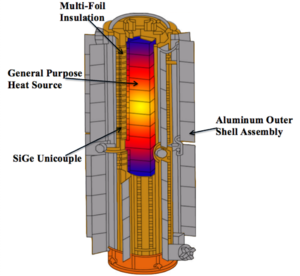 Figure 2. This figure shows the components of an RTG.[5]

The thermocouple, discovered in 1821 by Thomas Johann Seebeck[6] is a device that can produce electricity by differences in surrounding temperature. When two different metals are connected and there is a temperature difference between them, a magnetic field is produced. This magnetic field can then be used to produce a current, or flow of electrons, and a resulting voltage and power output. This is the exact fundamental basis used in thermocouples on an RTG. The waste heat produced by decaying isotopes will heat one metal, while the ambient temperature of the RTG and deep space will keep the other metal cool. Just as before, these metals are connected and electricity is produced.

The final main component of an RTG is the thermal insulation. Especially important for deep space probes, the device must be able to maintain a certain temperature to keep electronics and moveable parts operating properly. The RTG is covered with many layers of insulation and then a hard outer shell to protect the critical workings of the device. However, not all the waste heat is needed to keep the spacecraft running. As such, most RTGs have radiator fins. Regulating temperatures on an RTG is critical to its proper function and operation. Specific design principles are needed for this task, and temperature regulation makes up a bulk of the outer casings and layers.

RTGs have been deployed on space probes throughout the solar system. The two principal uses are space missions mainly where solar panels would be ineffective and in remote unmanned outposts. Remote lighthouses in Russia have made extensive use of RTGs. Conventional power generation and transportation to and from these locations would be difficult.

Most RTG designs have no moving parts which allow for reliable, long-term operation.

The main differences between RTGs and fission reactors are weight, lifetime, and power output. The first Soviet TOPAZ reactors in 1971 were capable of producing 5 kW of electrical power for 3-5 years and weighed 320 kilograms. Around the same time, a Systems for Nuclear Auxiliary Power-19 (SNAP-19) RTG weighed only 14 kilograms and had an initial power output of 40 Watts electric.[7] Four of them together produced enough power to last 30 years on Pioneer 10 and 22 years on Pioneer 11. The Voyager satellites (launched in 1977) were each equipped with three MHW-RTGs, initially providing them with 470 Watts, with expected lifetimes of approximately 48 years (taking into account the satellites powering down systems so as not to have greater electrical load than supply), and each weighing 37.7 kilograms.[8] Currently, a Multi-Mission Radioisotope Thermoelectric Generator (MMRTG, the RTG on the Curiosity rover) weighs 35.5 kilograms and has a life expectancy of 14 years.[9]

RTGs produce low neutron, beta, and gamma radiation compared to reactors. The emissions of these particles cause problems with the instruments on the probes unless their instruments are shielded from the radiation.

Please explore the three-dimensional models below to see what an RTG looks like and how they're employed in different missions.

Figure 3. A three dimensional model of an RTG that could be used on space missions.

The Cassini probe was a particularly exciting and successful use of an RTG in a space mission. Cassini spent 20 years in space and took almost 500 000 photos of Saturn and its moons. Cassini opened the door to a greater understanding of one of the largest planets in our solar system and paved the way for future scientific and exploratory missions.[10]

Figure 4. A three dimensional model of the Cassini mission. Note the three different RTGs on the bottom. Drag the image around to view it from different angles.

The New Horizons probe was another exciting and successful use of an RTG in a space mission. New Horizons was launched in 2006 to explore the outer limits of the solar system. This includes a flyby of Pluto in 2015 and a flyby of Ultima Thule in 2019. New Horizons not only took pictures of these two bodies, but also measured and continues to measure solar wind, dust, atmospheric conditions, and high energy ions, among other smaller experiments.[11]

Figure 5. A three dimensional model of the New Horizons probe.[12] Note the RTG on the bottom. Drag the image around to view it from different angles. To learn more about Pluto please see here.

Figure 6. A three dimensional model of the Perseverance Mars rover.[13] Note the RTG is white and in the 'tail' (unlike the previous models). Drag the image around to view it from different angles. To learn more about this mission please see here.

RTGs are extremely useful low power production devices which have paved the wave for more distant and exploratory science. Scientists continue to update design specifications and with every new generation of RTGs, they become more efficient, powerful, and useful. To learn more, visit here