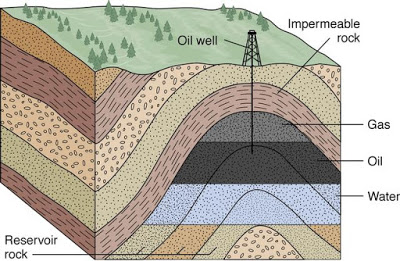 Figure 1. An anticline oil and gas reservoir. The source rock would be the bottom-most layer or set off to either side.[1]

As the source rock becomes more deeply buried under layers of sediment, the temperature begins to increase triggering geochemical reactions that convert the organic materials into hydrocarbons. Crude oil forms from 65 to 150 degrees Celsius. If the temperature goes over 150 degrees Celsius, natural gas can be formed (see Figure 2). This usually occurs at greater depths than oil formation. Marine rocks tend to form oil while terrestrial, or land, rocks tend to form gas.[2] 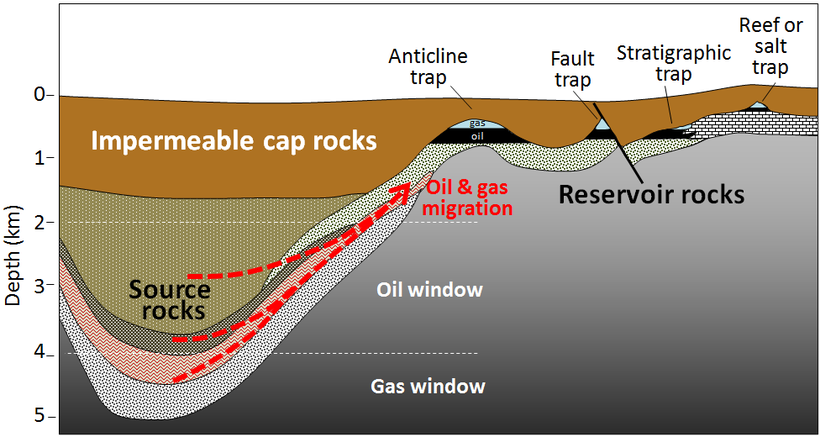 Figure 2. Diagram showing the windows for oil and gas formation at different depths/temperatures.[3] Note that natural gas forms deeper than oil because the source rock will be at a higher temperature and pressure. After formation, these can move quite some distance before being trapped.

Once the hydrocarbons have formed, they migrate from the source rock. They are then either trapped in a reservoir or are "lost" during migration. "Lost" hydrocarbons escape from the Earth through seeping (essentially they leak out of the ground) or disperse throughout the Earth's surface instead of collecting in one spot. It is estimated that only 10% of the oil and gas that has formed has been trapped. Oil and gas reservoirs typically form in traps. There are a few types of traps: anticlinal, fault, stratigraphic, and reef and/or salt traps. While the exact mechanics of each trap type differs, they all trap oil and gas in a reservoir by having an impermeable cap rock layer and by sealing the bottom of the reservoir with water (oil and gas are less dense than water) or another impermeable rock layer.[2]