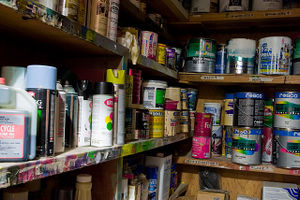 Figure 1. Many industrial solvents, such as paint, contain various hydrocarbons which evaporate and lead to harmful health effects.[1]

In chemistry, the term volatile refers to the tendency of a substance to vaporize. At a given temperature a more volatile substance will more readily turn to gas as the molecules escape from the surface, such as solvents and paint, shown in Figure 1. Generally speaking, liquids are referred to as volatile rather than solids.[2] In addition, a substance's volatility is closely linked to its vapor pressure, or the pressure at which its gaseous phase is in equilibrium with its liquid phase. More specifically, it is the tendency of molecules to escape from the surface of a liquid. Thus the more volatile a substance is, the lower vapour pressure it has.[2]

Closely linked to the idea of volatility is the classification of some compounds as volatile organic compounds or VOCs. VOCs are organic chemical compounds that have significant vapour pressures that have negative effects on air quality and human health.[3]

Since it is a liquid's vapor rather than the liquid itself that ignites when mixed with air, volatile compounds combust more readily and spontaneously than less volatile compounds. Flammable and combustible liquids vaporize and combine with air in flammable proportions when in open containers or when leaks occur. Due to the fact that more vapors are present from a volatile liquid, combustion is much more likely to occur with the presence of an ignition source. Generally speaking, high volatility is connected to a high flammability and a certain degree of danger due to the fact that there are more of these flammable fumes in the air.[4]