This term is sometimes confused with insulation.

Insolation is the incident solar radiation onto some object. Specifically, it is a measure of the solar energy that is incident on a specified area over a set period of time. Generally insolation is expressed two ways. One unit is kilowatt-hours per square meter (kWh/m2) per day [1] which represents the average amount of energy hitting an area each day. Another form is watts per square meter (W/m2) which represents the average amount of power hitting an area over an entire year. 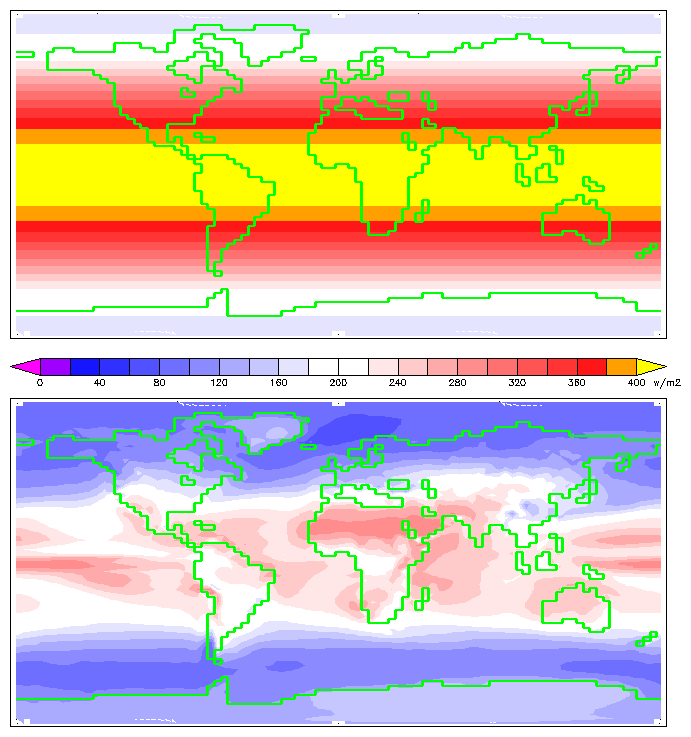 Figure 1. Two maps showing where solar insolation is the greatest. The top image shows the insolation levels at the top of the atmosphere, the bottom image is solar insolation values at ground level.[4] For more information about why these values are so much lower than the incident 1367 W/m2 click here

When solar radiation hits an object, some of the energy will be absorbed while the rest is reflected. Generally the absorbed solar radiation is converted to thermal energy, which causes the object to heat up. However in some cases, the incident energy can be absorbed and converted into another form of energy. This is the case in photovoltaic cells used on solar panels. Thus understanding insolation (the amount of energy that hits an area) is important in maximizing the output of solar panels which absorb and convert this energy. To maximize output, factors such as the geographic location of solar panels and orientation can be determined by understanding insolation values.[5]

As well, insolation is an important consideration in construction. When constructing a building in a particular climate, it is important to understand what the temperature and insolation will be like to ensure maximum comfort and energy efficient building design.