Figure 1. The electric (red) and magnetic (blue) fields are changing, causing the radiation moving to the right.[1]

Radiant energy, also known as electromagnetic radiation (EMR), is energy transmitted without the movement of mass. Practically speaking, this is the energy found in electromagnetic waves, also known as light. Light is made of individual particles called photons, each carrying a small "packet" of energy. Because photons are so small, light energy is often measured in electron volts. Examples of radiant energy include the warmth that radiates from a hot stove and the warmth from direct sunlight. This electromagnetic wave can be seen in figure 1. 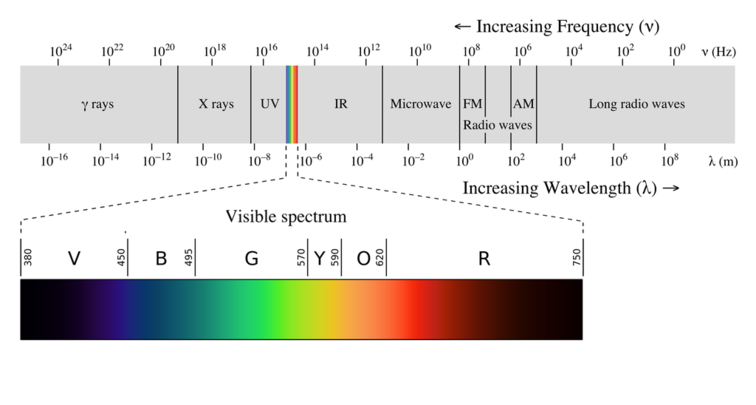 Figure 2. The electromagnetic spectrum:[2] more energy corresponds to shorter wavelength and higher frequency since all three quantities are closely related. The radiant energy of a photon can span many orders of magnitude (a factor of 1024!), but there's only a very small portion that is visible, as shown here.

Ways to use collect radiant energy include:

Ways to use radiant energy include: