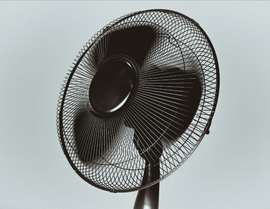 Figure 1. Convection is a heat transfer mechanism where heat moves from one place to another through fluid currents. Forced convection is simply using this mechanism in a useful way to heat or cool a home efficiently, such as using a fan.[1]

Forced convection is a special type of heat transfer in which fluids are forced to move, in order to increase the heat transfer.[2] This forcing can be done with a ceiling fan, a pump, suction device, or other.

Many people are familiar with the statement that "heat rises". This is a simplification of the idea that hot fluids are almost always less dense than the same fluid when cold, but there are exceptions (see the layers of the atmosphere and thermohaline circulation for exceptions). This difference in density makes hotter material naturally end up on top of cooler material due to the higher buoyancy of the hotter material.[3]

Natural convection can create a noticeable difference in temperature within a home. Often this becomes places where certain parts of the house are warmer and certain parts are cooler. Forced convection creates a more uniform and therefore comfortable temperature throughout the entire home. This reduces cold spots in the house, reducing the need to crank the thermostat to a higher temperature, or putting on sweaters. 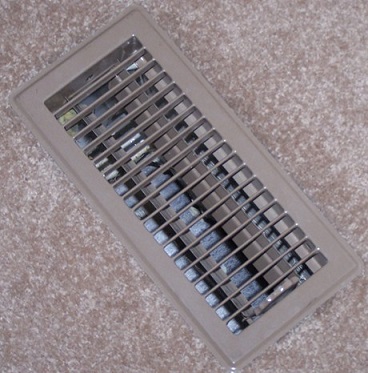 Figure 1. A floor heat register[4] is part of the HVAC system that creates forced convection in a home.

Creating forced convection is as easy as turning on a fan. Air is heated in the furnace and pushed through the house by the blower, which is a fan inside the ventilation system. This blower outputs a specific quantity of air, and this output air flow is divided among all of the output grills (also called heater vents) in a home.[5] Once it has traveled through the vents by being pushed through by fans, the warm, treated air is ejected through floor or ceiling vents into the rooms of a house. With help from natural convection this air then travels through the room, warming the room as it rises to the top by natural convection and slowly falls down to the floor as it cools. The system of heating the air and pushing it throughout the house to warm it then begins again.[6]

How the treated air gets to the output vents makes a difference, as the structure of the ductwork can create resistance to airflow at elbows, divisions, or places where the ductwork size changes. This change in turn effects how well this forced air system can heat a home since they are all sharing the output flow of air from one source —the furnace. Therefore, properly planning out the ducting is important.[5] As a general rule, the best way for air to move through a duct is to have a straight duct, that is round in shape with a smooth inside wall—since curves and corners resist air flow. Wherever possible, this guideline should be followed to ensure that the air that is being forced out by the furnace heats the house properly. In addition, ensuring output vents are not covered by furniture or installed behind curtains ensures that the warm air output by the furnace is able to circulate throughout the room.

It is a common misconception that the more air that flows from a fan—or the more a fan "pushes" the air— the greater the effects of forced convection will occur, due to the large amount of heated or cooled air being pushed out by the fan. However, this is not entirely true. Part of how air moves through a home or other building has to do with the pressure and temperature that exists in the room before more air is pushed through. For example, if a room has a cold spot and the goal is to heat the room evenly, the pressure change in the area between the cold and warm spots, known as transitional "warm" area, factors into how well a fan will be able to move warm air to the cold area. If the pressure drop in this warm area is higher, there will be a lower flow rate of air into the cold section of the room, making it more difficult for the fan to push warm air into this section. This phenomenon is known as the pressure drop over the heat sink and it can be summed up easily by saying that it is more difficult for a fan to push warm or cool air through a region between two areas of different temperatures that also has a large pressure difference across its boundary.[2]

Convection is a complex heat transfer method, but can be expressed by Newton's Law of Heating and Cooling:[7]

Which simply says that the rate of convection heat transfer ([math]q_{conv}^*[/math]), expressed in the units [math] (W/m^2)[/math] is proportional to the difference between the initial temperature of the material ([math]T_s[/math]) and the final temperature of the material ([math]T_{\infty}[/math]) through a proportionality constant [math]h[/math]. The rate of heat transfer is also strongly dependent on the roughness and shape of the material being heated. Newton's Law of Heating and Cooling changes depending on whether or not the convection is forced. For natural cooling, the [math]h[/math] value is equal to a certain number. However, by forcing convection and pushing heated or cooled air from one place to another one is able to change this proportionality constant and heat or cool an object more quickly.

The use of ceiling fans in a home also represents a different type of forced convection. Ceiling fans can be used in both the winter (figure 2) and the summer (figure 3), but their settings must be different in order to perform the desired task. In the summer months, the fan is generally set to a higher speed. The angle of the blades forces air down through the room. Generally this corresponds to a counter-clockwise rotation when looking at the fan from below. This downward breeze aids in the evaporation of perspiration from inhabitants of the home, cooling them. In the winter months, the fan must be used on a slower speed. The blades also spin in a different direction, generally clockwise when looking from below the fan, which pulls the cooler air up from the lower parts of the room. The cooler air from below then mixes with the warmer air that has risen and mixes the two, distributing warmer air throughout the building. 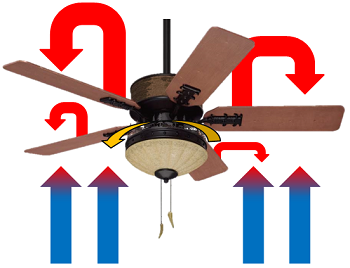 Figure 3. In the winter, ceiling fans should rotate clockwise to pull cool air up from the room and force warm air downwards, creating an updraft.[8] 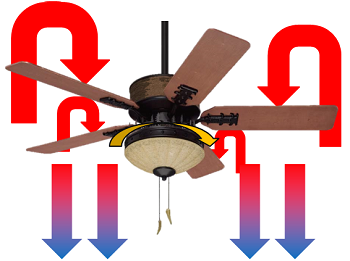 Figure 2. In the summer, ceiling fans should rotate counterclockwise to mix warm air and force a cool breeze downwards, creating a downdraft.[8]