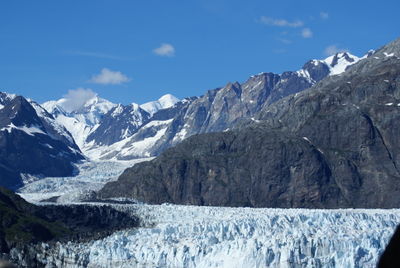 Figure 1. A photo of a glacier at Glacier Bay National Park.[1]

A glacier is a large mass of ice on land that flows downhill under the force of gravity. A significant fraction of the glaciers in the world are shrinking, which is a big concern because glaciers provide drinking and irrigation water for a significant fraction of the world. When glaciers get smaller, this receding is referred to as glacial retreat.[2] Glaciers move as a result of deformation inside the glacier or sliding at its base, and its downhill movement is resisted by stress and friction at the base and sides of the glacier. The size of a glacier is maintained by snow falling and accumulating at high altitudes while the ice melts at lower altitudes.[3] While glaciers have fluctuated for the entirety of Earth's existence—the recent rapid receding of many glaciers due to climate change has become a cause for concern.

Glaciers make up a fairly large component of the Earth's cryosphere—covering about 10% of the Earth's total land area. Glaciers are primarily located in colder polar regions such as Antarctica, Greenland, and the Arctic.[4] Most of these glaciers are found in Antarctica and Greenland, but glaciers are found on almost every continent. Since there must be high snowfall in winter and cool temperatures in summer for glaciers to exist, they are generally found above the snow line in mountainous regions or polar regions.[5]

Glaciers are said to be retreating when their terminus—the point at which a glacier ends—doesn't extend as far as it previously did. Glaciers are reduced in size and retreat when their ice melts more quickly than snowfall can collect to form new glacial ice.[6] Since glaciers are dynamic in nature—continually shrinking and growing as a result of fluctuating snowfall—they respond to variations in the climate and can paint a picture about how drastic climate change really is.[7]

Figure 2. Three comparative photographs to show how the Muir Glacier in Glacier Bay, Alaska has receded. The photograph on the left was taken in 1941, the middle photo in 1976, and the right photo in 2004.[8]

In recent history, many glaciers worldwide have been retreating because of the higher average temperatures and lower snowfall in the past few decades. This means that the retreat of glaciers can be connected to human activities, as the combustion of fossil fuels and addition of greenhouse gases to the atmosphere warms the planet.

The loss of glaciers as a result of melting from global warming is a concern as glaciers serve many purposes. First, glaciers are composed of freshwater—not saltwater—thus providing people with drinking water. People living in dry areas near mountains rely on the water melting from glaciers for drinking water. Additionally, many rivers that provide people with water are fed at least partially from melting glaciers. If glaciers recede too drastically, there will be significantly less glacial meltwater and a large number of people will have a reduced supply of drinking water. Similarly, there are places in Asia and even in Europe that direct glacial meltwater to irrigate their crops.[9]

Additionally, the melting of glaciers can result in a positive feedback cycle that can speed up climate change. This effect is known as the ice-albedo feedback cycle. Ice in glaciers is white and highly reflective—corresponding to a high albedo. This reflectivity prevents some incident sunlight that hits the glacier from being absorbed.[10] However, when ice melts the vegetation, soil, or water beneath the glacier is exposed. These surfaces are darker and heat faster and thus have a lower albedo. As these surfaces with a lower albedo are exposed to the Sun, they absorb more solar radiation than the ice would have. This absorption further raises temperatures and causes even more ice to melt, continuously heating and pushing the cycle.[11]