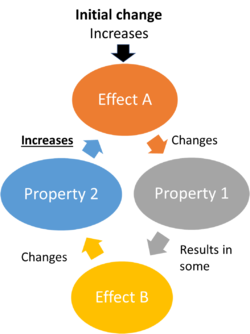 Figure 1. A flow chart to show the general process of some positive feedback, with an initial "push" to the system causing other effects that increase the movement of the system away from its original state.[1]

Positive feedback describes any process that intensifies an initial effect; generally a small push that eventually increases the magnitude of the initial disturbance. This causes some initial change to grow larger and moves the system out of its original equilibrium state. The flow chart shown in Figure 1 can be used to clarify how exactly these changes occur, how they are connected, and how they result in an overall increase of some initial effect. Note that every time the cycle repeats the effect gets stronger and stronger. The word 'positive' doesn't mean this is a good feedback, it means that it's pointing in the same direction as the initial change.

From Figure 1, the explanation of what a positive feedback is can be simplified. Essentially, some initial push is applied to a system, creating some effect A. This effect can then change some properties throughout the system that then produces some later effect B, which may continue to change properties of the system. Eventually, the effect B then produces more of the initial effect A. This pushes a system further and further out of equilibrium. The key is that the feedback effect pushes in the same direction as the initial push. There are numerous examples of positive feedback in electronic circuits, biology, and chemistry. Additionally, the concept of positive climate feedbacks are important in understanding climate change.

Examples can illustrate positive feedback in a variety of different contexts. The simplest example is putting money into a savings account that earns interest. Some initial input of money into this account causes more money to be earned in the form of interest. As more money is put in, more interest is acquired, furthering the increase in money.[2] 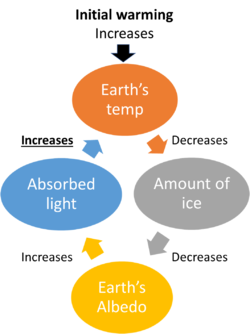 Figure 2. A flow chart showing the one of the most significant positive feedback loops in the climate system - the ice-albedo feedback.[1]

One example of a positive feedback is the melting of ice - particularly sea ice - and corresponding decrease in albedo. This ice-albedo feedback is outlined in Figure 2, and is one of the most important positive feedbacks in the climate system. Ice is white and highly reflective - corresponding to a high albedo. This reflectivity prevents some incident sunlight from being absorbed.[3] However, when ice melts the vegetation, soil, or water beneath it is exposed. These surfaces are darker and heat faster and thus have a lower albedo. As these surfaces with a lower albedo are exposed to the Sun, they absorb more solar radiation than the ice would have. This absorption further raises temperatures and causes even more ice to melt, continuously heating and pushing the cycle. This feedback can act more quickly over the ocean than over land as sea ice is able to melt more quickly than large, continental ice sheets.[4]

Another positive feedback that had disastrous consequences is the positive void coefficient in the Chernobyl disaster. The increased number of neutrons made more fission events happen, making more neutrons, until the entire reactor melted down!

Feedback plays a role in: