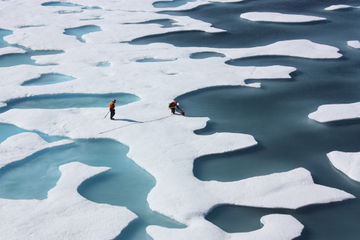 Figure 1. Arctic sea ice, shown above, is one component of the cryosphere.[1]

The cryosphere is the component of the Earth that composed of all solid, frozen water found on Earth. The cryosphere includes water storage areas such as glaciers, iceburgs, snow-covered areas, and sea ice.[2]

The cryosphere expands and contracts over the course of the months as average temperatures across the globe fluctuate. In cold winter months, some of the once liquid water from the hydrosphere freezes, expanding the cryosphere. Anywhere that snow falls and where soil, rivers, and lakes freeze is a location where the cryosphere can expand.[3]

Ice and snow are the main part of any component of the cryosphere, but there is an extensive list of formations that make up the cryosphere. These include:

The cryosphere plays a significant role in determining the Earth's climate as a result of the albedo of the light-coloured ice and snow. The high albedo of the different components of the cryosphere reflects a large majority of the incoming solar radiation, helping to regulate the Earth's temperature by balancing Earth's energy budget. Since icy polar regions are extremely sensitive to any shifts in the climate - especially the currently increasing temperatures - the loss of ice and snow from the cryosphere causes a decrease in the area of white surfaces, leading less energy to be reflected and more to be absorbed.[3] This process warms the Earth even more. The melting of Arctic ice is especially concerning as it leads to a positive feedback cycle.[4]

The loss of ice in the cryosphere as a result of an increase in global surface temperature also has several damaging impacts on human life. The loss of ice in the cryosphere is detrimental as this ice is composed of freshwater - not saltwater - and thus provides people worldwide with drinking water. People living in dry areas near mountains in places such as South America and South East Asia rely on the meltwater from glaciers and ice packs for drinking water. Additionally, many rivers that provide people with water are fed at least partially from melting ice. If the cryosphere is reduced too drastically, there will be significantly less meltwater as ice quantities are reduced and a large number of people will have a reduced supply of drinking water. Similarly, there are places in Asia and even in Europe that direct meltwater to irrigate their crops.[5]