A radioactive substance is one that releases radiation from its surface, potentially through some radioactive decay process—such as alpha decay, beta decay, or gamma decay. The radiation that is released is energy that doesn't require a medium to travel and is released in small, quantized packets of energy known as photons. Radioactive objects can be dangerous to human health or not, depending on their levels of radioactivity. Many common objects, even bananas and smoke detectors, are radioactive at levels that are not harmful. However if the levels of radiation from the object become too great there can be associated health risks. 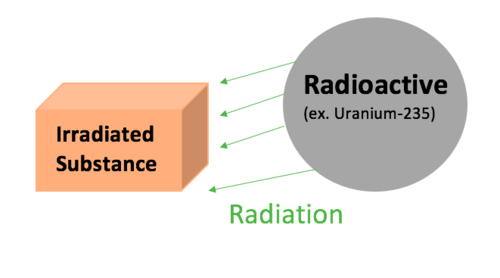 Figure 1. A radioactive substance has the ability to emit radiation—an irradiated substance can absorb and/or reflect. [2]

Essentially, the main difference between the two is how radiation is connected to the object being discussed. A radioactive object is the source of some radiation, while an irradiated object is some object that has had some radiation interact with it.[1]