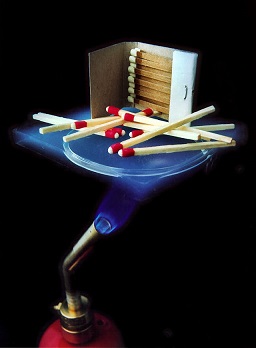 Figure 1. The photo above shows Aerogel, an extremely good thermal insulator, between a blowtorch and matches. The Aerogel blocks all of the heat from the blowtorch and prevents the matches from burning.[1]

Heat transfer mechanisms are the ways by which thermal energy can be transferred between objects, and they all rely on the basic principle that kinetic energy or heat wants to be at equilibrium or at equal energy states. There are three different ways for heat transfer to occur: conduction, convection, and radiant heat (often referred to as radiation, but that's a more general term that includes many other phenomena).[2] There is a related phenomenon that transfers latent heat called evapotranspiration.

Conduction is the simplest heat transfer model in terms of being able to create a mathematical explanation for what's happening. It is the movement of kinetic energy in materials from higher temperature areas to lower temperature areas through a substance.[3] The molecules will simply give their energy to adjacent molecules until an equilibrium is reached. Conduction models do not deal with the movement of particles within the material.

Figure 2. Air over land heats faster than air over water, leading to convection which feels like a cool ocean breeze.[4]

Convection is heat transfer through fluid (like air or water) motion. The difference between conduction and convection is the motion of a material carrier; convection is the movement of the thermal energy by moving hot fluid (as opposed to making other material hot by wiggling atoms). Usually this motion occurs as a result of differences in density. Warmer particles are less dense, so particles with higher temperature will move to regions where the temperature is cooler and the particles with lower temperature will move to areas of higher temperature. The fluid will remain in motion until equilibrium is reached. 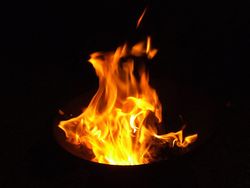 Heat transferred by radiation is called radiant heat. Like light, radiant heat is radiant energy, and does not necessarily require a medium to carry it. This form of energy transfer is facilitated through a type of electromagnetic radiation.[6] All moving charged particles emit electromagnetic radiation. This emitted wave will travel until it hits another particle. The particle that receives this radiation will receive it as kinetic energy. Particles will receive and emit radiation even after everything is at the same temperature, but it's not noticed due to the fact that the material is at equilibrium at this point.

This type of heat transfer is particularly important in the setting the temperature of Earth. Radiation, as heat transfer, is how the Earth gets energy from the sun. Radiation is also important for the greenhouse effect. 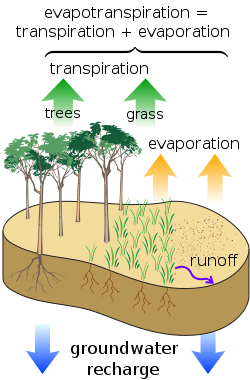