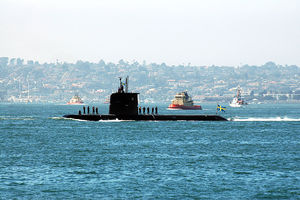 Although these seem like major advantages to an ordinary engine, they are less practical in most vehicles because they require external heat, rather than internal heat. The external source of hit needs extra time for the heat get the inside of the engines. This heat transfer makes the engine far less responsive than internal combustion engines.[2] Stirling engines have also been found to be largely impractical in power plants; Stirling engines have low specific power, meaning that the engine has to be quite large in order to produce a relatively small amount of power.[3]

The key unique characteristic of Stirling engines is that there is a fixed amount of gas inside.[2] The pressure of the gas can be manipulated by adding or removing heat. Adding heat will increase the pressure (and temperature)—in contrast, removing heat will decrease the pressure (and temperature). By changing how these two processes are done, the engine can be made to deliver useful work. The engine follows the "Stirling cycle" described below in a general form and can be seen in Figure 2. The cycle is as follows:[2]

The Stirling cycle can give more power by having a hotter source of heat in step 1, or by having a cooler cold sink in step 2.

Click here to learn about the different types of Stirling engines.

Stirling engines have many applications:[5]

Figure 3. A Stirling engine, as seen in the center of this parabolic mirror, can be heated by the Sun.[6] 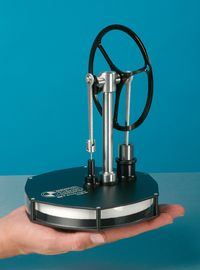 Figure 4. A Low temperature differential (LTD) Stirling engine, can generate around 1 W of power from a person's palm.[7]

The U.S. has also developed a Stirling engine to generate electricity for use in space exploration.