Hydraulic fracturing or fracking is a drilling method that is used to extract natural gas or other hydrocarbons that are locked tightly in rocks with poor porosity and permeability. The process is fairly simple to explain: fluids are pumped into a well that is drilled into a formation in order to fracture the rock that holds the fossil fuel. This introduces cracks and fissures into the rocks, providing places that allow fuel resources to be extracted more simply. This makes deposits that were previously too expensive to extract more economically viable.[1] 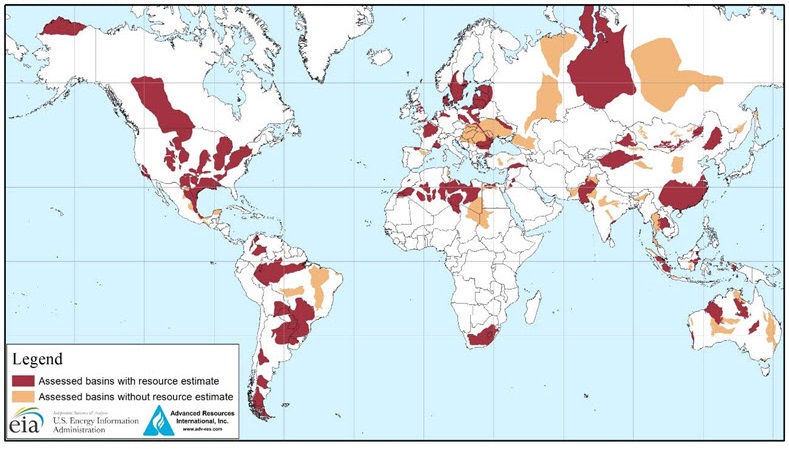 Figure 1. A map of shale gas and shale oil deposits. Hydraulic fracturing can aid in the extraction of the fuels from these deposits.[2]

Fracturing is used to simplify the extraction of oil and natural gas in porous and permeable rock by stimulating the flow of the fluid.[3] Since unconventional oil and natural gas is often trapped inside porous rocks with low permeability, such as shale, pathways must be manually created for the fluids to flow through the rock and into the well.[3] Before the widespread use of hydraulic fracturing, drilling companies would drill several wells into the rock in an attempt to free the oil and gas trapped within it. However, this method is not efficient as the wells are still not able to cover a large volume of the rock. Hydraulic fracturing is a solution to this problem, and is done after the drilling process. 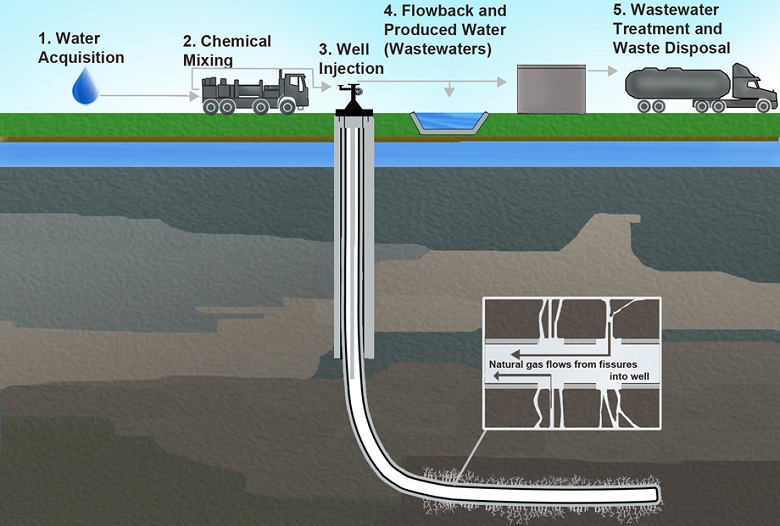 Figure 2. Diagram of a fractured well.[4]

To fracture the well, a fluid known as fracking fluid is pumped into a wellbore, creating enough pressure to fracture the rock. Because fracking is a process used for wells that have already been drilled, it can be used from right after the well has been drilled, or to revitalize an old well. Generally, these wells are drilled directionally or horizontally to further increase the surface area of the rock containing the oil or gas that the wellbore touches. This fluid is mostly water containing chemicals and sand, although the specific type and quantity of these chemicals can vary.[5] The sand in the fluid is known as a "proppant" that holds the cracks that are formed open so the oil or gas can escape.[3]

The injection of this fluid breaks a small amount of the rock that surrounds each well. This then increases the volume of rock that gas or oil can be extracted from by increasing the number of small fissures in the rock.

Hydraulic fracturing is an extremely efficient process that allows for better extraction of natural gas and oil. The biggest environmental problem is the actual combustion of the natural gas, which leads to increased levels of carbon dioxide in the atmosphere. Hydraulic fracturing is one of the techniques that are allowing humans to extract more carbon from the crust of the planet and change the climate.

In terms of resource extraction, as with any method of material extraction, there are several environmental concerns that are associated with it. Mainly, the concerns involve the amount of water required to fracture a well, along with water contamination from potentially harmful chemicals in the fracturing fluid. Some argue that seismic disruption is a potential but unproven side-effect. In addition to the negative side-effects of fracturing, there are also potential benefits. One benefit is the reduced above ground area needed to extract oil from a rock. Before fracturing began to be used, a large number of surface wells needed to be dug to access oil or gas.

The process of hydraulic fracturing requires a significant amount of water. Some sources report that one well requires anywhere between 7 570 000 and 37 854 000 liters (or 2 and 10 million gallons) of water.[6] Additionally, this water sometimes needs to be transported by large fleets of trucks to a drilling site, contributing to carbon dioxide emissions.

Another concern that is associated with hydraulic fracturing is the chemicals within the fracturing fluid. These chemicals can include radium, lead, uranium, and mercury, among others.[6] One concern is that the fluids from fracturing operations could leak out from wells to contaminate drinking water supplies. Many major fracking companies refuse to reveal the exact mixtures of chemicals they use. Those opposed to fracturing say that this is a result of the chemicals being extremely hazardous, while those in favour of fracturing say that the formulas are industry secrets and keeping the exact composition secret allows companies to maintain a competitive advantage.[7]

Another issue related to water and hydraulic fracturing is the risk of contamination. Some pictures and videos show homeowners able to light tap water on fire because of the presence of natural gas in the water table where the water is extracted from. When the tap is turned on, gas is released along with it. Although natural gas is present in water tables before mining, there are rare cases where natural gas in tap water is a result of fracturing.[8] When this occurs, it is a result of uneconomic gas formations accidentally being tapped. Gas is able to leak from these formations before they are properly cased and the gas is able to enter groundwater. As well, if surveying is not done properly a gas formation where the gas is not contained by an impermeable cap rock can be fractured, resulting in a gas release.

Some argue that hydraulic fracturing causes an increase in seismic activity. While there have been recorded instances of this happening, only one confirmed incident was a result of hydraulic fracturing. Most commonly, seismic disruption is caused by the disposal of waste water and the events caused are known as "induced seismic events".[9] To dispose of non-potable waste water, companies inject it into porous and permeable rock formations underground. This creates a fluid pressure differential, causing flow, so the water can fill up the empty space in the rock. The injection of water increases pore pressure and can “grease” faults, leading to increased seismic activity. It is important to note that this happens at low pressures, not the high pressures of fracking.