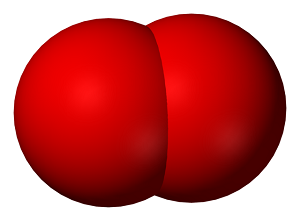 Since animals (including humans) breathe molecular oxygen and require it for metabolism, it is important medically. Molecular oxygen is provided therapeutically in oxygen therapy and hyperbaric chambers, and is also included in breathing gas for space exploration and SCUBA diving.

Industrially, oxygen is used to remove sulfur and carbon impurities during smelting. Oxygen (as a compressed gas) is also used widely in welding and metal cutting, and as an oxidizer in rocket engines. Oxygen is also important in creating many chemical feedstocks, such as ethylene oxide. [2]

Some physical properties of molecular oxygen:

Combustion of fossil fuels such as methane, shown in Figure 2 below, produces carbon dioxide, water vapour, and energy. Fossil fuel combustion supplies around 95% of the world's primary energy. Hydrocarbon combustion also contributes to climate change by producing emissions such as carbon dioxide.

While other substances (such as fluorine) can act as oxidizers in combustion[6], oxygen is the most common. Oxidizers support combustion by accepting electrons from the fuel molecule, making it easier to break the chemical bonds in the reaction. While fluorine is actually a better electron acceptor than oxygen, oxidation by fluorine is too violent to be useful for most applications. Oxygen is also more abundant and easier to find, making it the most common oxidizer for these reactions.