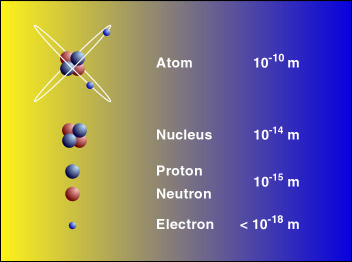 Figure 3. Atoms have protons and neutrons in their nuclei with electrons orbiting outside. Note the diameters in the picture give the scale. This is an atom of helium - notice how it has two protons.[5]