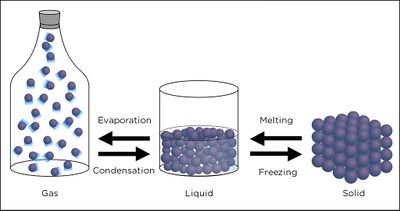 Figure 1. These are molecules in 3 different states. Only liquids and gases are fluids. Since the molecules in solids are so tightly packed, they do not have the ability to 'flow'.[1]

A fluid is a material that can flow easily and includes both liquids and gases. These materials often contain energy that can be harnessed as primary energy. These include the harnessing of primary energy flows like:

When temperatures and pressures get high enough, an exotic form of matter forms that is hard to identify as either a liquid or a gas since they exhibit properties of both. This state is called a supercritical fluid and is used in supercritical coal plants and supercritical nuclear reactors.

Fluid mechanics is the branch of physics or engineering that studies how fluids move and act. This is key for having a deep understanding of the primary energy flows listed above. This discipline takes years of extensive study to understand, but a good place to start is the special fluid portal on hyperphysics.