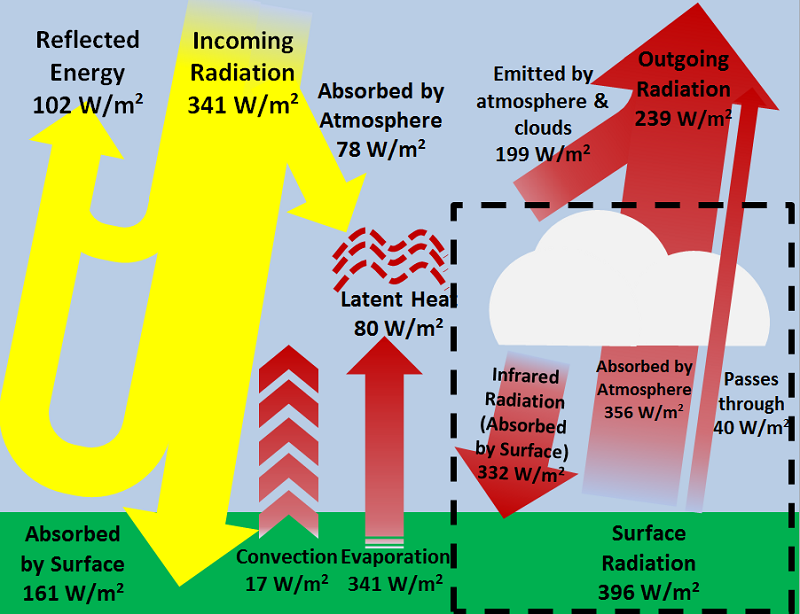 Figure 1. Detailed diagram showing incoming and outgoing energy in a balanced example of Earth's energy budget, with incoming and outgoing values of 341 W/m2. General flows of energy on the surface and in the atmosphere are shown as well, with the area best representing the greenhouse effect located within the dashed box.[2]

The changes in the climate that have occurred so far will continue to happen as the energy imbalance continues to grow with the release of greenhouse gases into the atmosphere. Surface temperatures have risen between 0.6 and 0.9 degrees Celsius, and projections estimate that temperatures will likely rise at least 0.6 degrees in response to the continuing energy imbalance.[4] Thus it is important to reduce the emission of greenhouse gases as it will help to reduce this imbalance, ensuring that the only effect that the greenhouse effect has on the energy budget is the one it is intended to have.