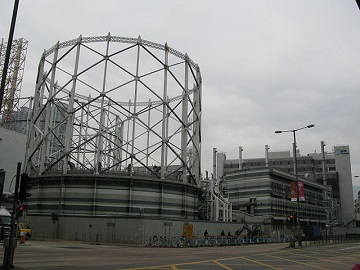 Figure 1. The To Kwa Wan plant in Hong Kong that produces town gas from oil.[1]

Town gas or coal gas refers to a gaseous mixture, used as a fuel, that is released when bituminous coal is burned. Recently, some power plants have begun creating town gas not using coal, rather using heavy oil and naphtha as their feedstocks.[2] Town gas was introduced as a fuel for lighting and cooking in the early 19th century. The use of town gas to cook was desirable as a gas cooker could be turned on and off quickly, unlike with a coal stove.[3] Town gas is a useful and relatively safe gas as it rises and will dissipate into the air if leakages occur. As well, odorants are added to the town gas so that if a leak exists it can be easily detected.[2] However, most distribution networks have been converted to deal with natural gas rather than town gas so its use is not widespread.

When coal is heated in the absence of air, the volatile matter comes off (without undergoing combustion, since there's no oxygen), releasing a useful gas for lighting as well as leaving a residue known as coke. This coke was generally used (once created) to fuel the furnaces that burn the coal. This burning breaks down a large amount of the tarry, bituminous content.[3] From here, an impure gas - mainly composed of carbon monoxide and hydrogen - rises up through tubes. However, the gas that is released also contains all the sulfur impurities within the coal - particularly toxic hydrogen sulfide - as well as ammonia. In order for this gas to be usable, it must be cleaned. To "clean" this gas, it is bubbled through water, removing the ammonia and any residual oils or tars in the gas. Hydrogen sulfide is removed by passing the gas over iron oxide. The gas can then undergo one more final "scrubbing" process to remove any aromatics, such as benzene from it.[3]

In the 1960s, a new process was developed that allowed town gas to be made from naphtha - one of the light distillates produced during the fractional distillation of crude oil. This naphtha generally is composed of molecules containing 5-12 carbon atoms. Using naphtha creates a cleaner gas than if coal is used, and the gas also has a higher efficiency.[4] By treating this naphtha with a high pressure steam at high temperatures, carbon-carbon bonds are broken and the chains of the naphtha are broken. This process is known as steam reforming and the resulting product is a mixture containing carbon monoxide, hydrogen, and a small amount of methane.[3] After this gas is formed, some of the mixture must be converted into methane and carbon dioxide through a methanation process (a process by which methane is generated from a mixture of various gases). The final result is a sulfur-free alternative to coal based town gas that contains hydrogen, methane, carbon dioxide, and relatively small amounts of both carbon dioxide and nitrogen.

Since town gas is essentially manufactured natural gas, it poses similar environmental threats. Although cleaner burning than coal or oil, there are still emissions associated with the production and use of town gas. Natural gas gives off 53 kilograms (or 117 pounds) of carbon dioxide per 293.07 kWh (or million BTU) of energy provided by it, which is significantly less than other fossil fuels. Due to town gas' similar composition, its values are relatively close to this. Comparatively anthracite coal gives off 103.7 kilograms (or 228.6 pounds) and gasoline gives off 71.3 kilograms (or 157.2 pounds).[5] Additionally, the small amounts of carbon monoxide, sulfur, and other impurities can be released when town gas is used - contributing to pollution and acid rain.