Coal is a solid, black, readily combustible fossil fuel that contains a large amount of carbon-based material - approximately 50% of its weight.[1][2] The formation of coal takes a significant amount of time (on the order of a few million years), and the first coal-bearing rock units appeared about 290-360 million years ago, at a time known as the Carboniferous or "coal-bearing" Period.[3] As well, there are extensive coal deposits from the Cretaceous age - about 65 to 144 million years ago.[4] (Please see the timeline at the bottom of the page.)

The formation of coal begins in areas of swampy wetlands where groundwater is near or slightly above the topsoil. Because of this, the flora present produces organic matter quickly - faster in fact than it can be decomposed.[2] In these areas, layers of organic matter are accumulated and then buried. It is these layers of organic material that then form coal. The energy in coal initially comes from the Sun, and is energy from sunlight trapped by dead plants.[1]

The process that creates coal varies slightly in different areas depending on the plants and conditions that are present, but the overall process is similar. There are two main phases in coal formation: peatification and coalification. Bacterial activity is the main process that creates the peat during peatification. Increasing temperature and pressure from burial are the main factors in coalification.[2] To form coal, the following steps are followed (Figure 2 illustrates these steps):[5][6] 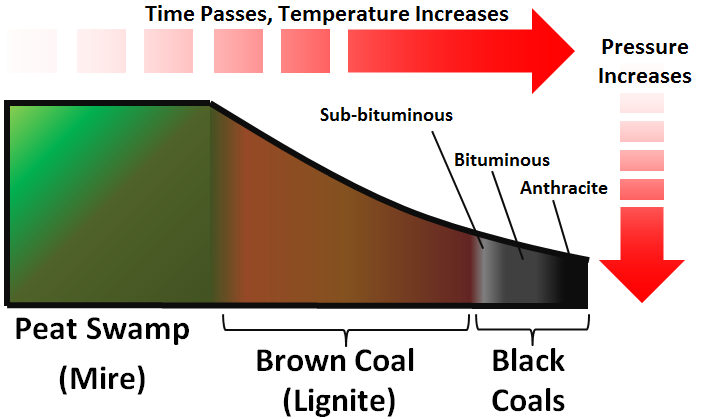 Figure 2. General trends that produce coal with the different types of coal that exist.[7]

In order to get a sense of how long ago coal started forming please see the chronozoom visualization and look at the Carboniferous period.