Nuclear fusion in the Sun 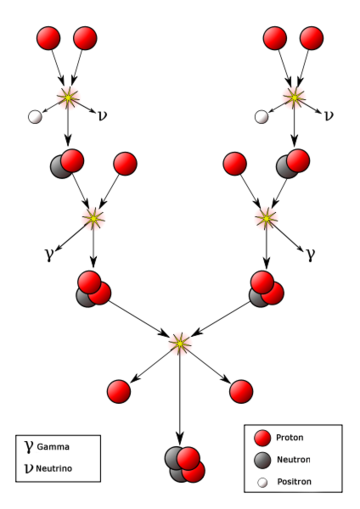 Figure 1. The proton-proton fusion process that is the source of energy from the Sun.[1]

The energy from the Sun - both heat and light energy - originates from a nuclear fusion process that is occurring inside the core of the Sun. The specific type of fusion that occurs inside of the Sun is known as proton-proton fusion.[2]

Inside the Sun, this process begins with protons (which is simply a lone hydrogen nucleus) and through a series of steps, these protons fuse together and are turned into helium. This fusion process occurs inside the core of the Sun, and the transformation results in a release of energy that keeps the sun hot. The resulting energy is radiated out from the core of the Sun and moves across the solar system.[3] It is important to note that the core is the only part of the Sun that produces any significant amount of heat through fusion (it contributes about 99%).[3] The rest of the Sun is heated by energy transferred outward from the core.

The overall process of proton-proton fusion within the Sun can be broken down into several simple steps. A visual representation of this process is shown in Figure 1. The steps are:[4]

The final helium-4 atom has less mass than the original 4 protons that came together (see E=mc2). Because of this, their combination results in an excess of energy being released in the form of heat and light that exits the Sun, given by the mass-energy equivalence. To exit the Sun, this energy must travel through many layers to the photosphere before it can actually emerge into space as sunlight. Since this proton-proton chain happens frequently - 9.2 x 1037 times per second - there is a significant release of energy.[3] Of all of the mass that undergoes this fusion process, only about 0.7% of it is turned into energy. Although this seems like a small amount of mass, this is equal to 4.26 million metric tonnes of matter being converted to energy per second.[3] Using the mass-energy equivalence, we find that this 4.26 million metric tonnes of matter is equal to about 3.8 x 1026 joules of energy released per second!