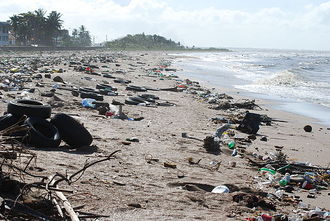 Figure 1. The improper disposal of waste (litter) is a form of pollution.[1]

Human driven ecological degradation continues to be a major problem around the world. Pollution is the presence of any substance in air, water, soil, or food which threatens the health of human, animal and plant life.[2] Pollution often results from pollutants like carbon monoxide, but can also arise from street lights or the noise from traffic. Pollution sources are split into : point sources and non-point sources.

A point source is a single large emitter into the environment. Usually this means a source can be traced back, like the smokestack of a coal-fired power plant, or the drainpipe of a factory. However, non-point sources are hard or even impossible to trace back because their pollutants are dispersed. An example would be run off of fertilizers and pesticides from farms, golf courses, and residential lawns into streams or lakes.[2] It is apparent that there is pollution in the streams and lakes, but it is not so apparent exactly where it comes from.

Pollution and waste can often be confused for one another. Waste is the disposed product of a once-useful system (as deemed by the user—"one person's trash is another's treasure"). In contrast, pollution is harmful waste.

There are many types of pollution in the world. All of which can be mitigated at some level, yet are a necessary byproduct of conveniences in our energy dependent society. None of the following can be eliminated completely, but with proactive planning they can often be greatly diminished. Types of pollution include:

Through the generation of electricity, production of industrial goods and the transportation of people and these goods, the most prominent and harmful forms of pollution arise: air, water and soil pollution. These can be seen daily in large cities in the form of photochemical smog, with the pollutants contained in it often finding its way into water and soil. Water and soil pollution also occur directly from industrial and residential sites. From these sites, the harmful chemicals find their way into the environment.

The key to reducing pollution is prevention. It is always easier (and safer) to address a problem before it happens than to clean up after it has happened. A quote by Benjamin Franklin portrays this nicely, "An ounce of prevention is worth a pound of cure".[2] Therefore, pollution prevention is of primary concern in reducing pollution, while cleanup methods are more secondary but still necessary.

There are three reasons why cleanup is secondary to prevention:[2]